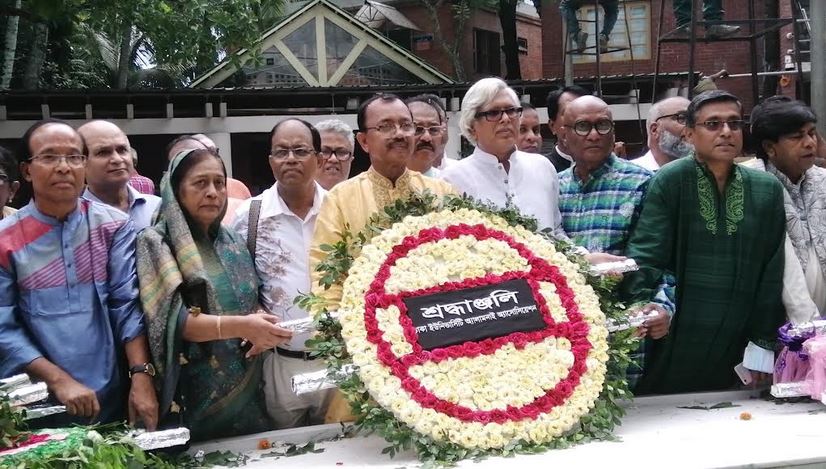 On behalf of the AL Central Committee led by presidium member Mohammad Faruk Khan paid rich tributes to Father of the Nation Bangabandhu Sheikh Mujibur Rahman by placing wreaths at his mazar in Tungipara in Gopalganj this morning.

They offered Fateha and took part a Munajat seeking peace for the departed souls of August 15 victims and the martyrs of liberation war in 1971 there.