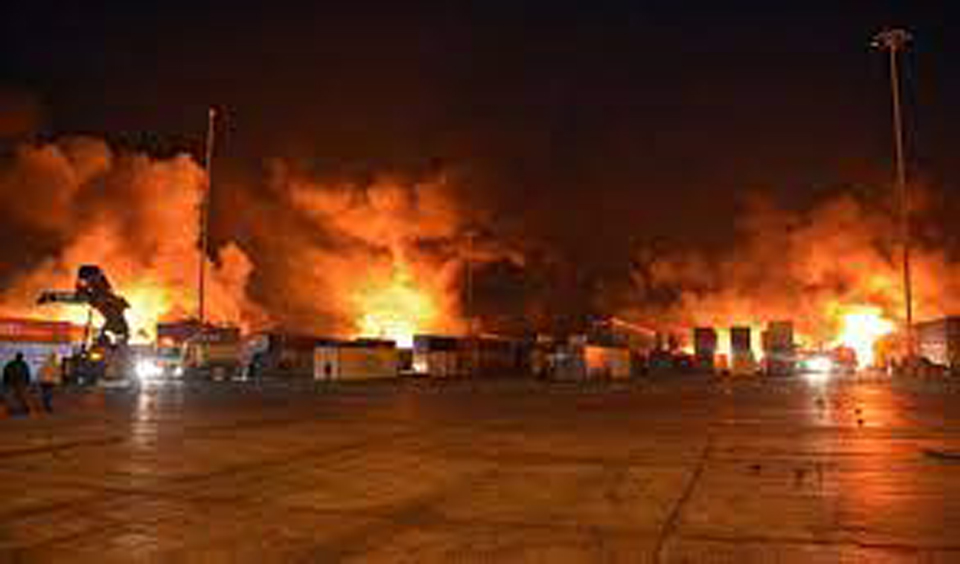 "The Israeli enemy carried out an air strike" at about 6:30 am near the town of Al-Hamidiyah, the ministry said in a statement, identifying the locations hit as poultry farms, without elaborating.

The strike was conducted from the Mediterranean Sea, west of Lebanon's northern city of Tripoli, and "led to the injury of two civilians, including a woman", the statement said.

Since civil war broke out in Syria in 2011, Israel has carried out hundreds of air strikes against its northern neighbour.

The raids have targeted Syrian government troops as well as allied Iran-backed forces and fighters from the Lebanese Shiite militant group Hezbollah.

Besides the extensive damage caused to civilian and military runways, the Syrian Observatory for Human Rights war monitor said the strikes had targeted nearby warehouses used as weapons depots by Iran and Hezbollah.

The Syrian war has claimed the lives of nearly half a million people and forced around half of the country's pre-war population from their homes.