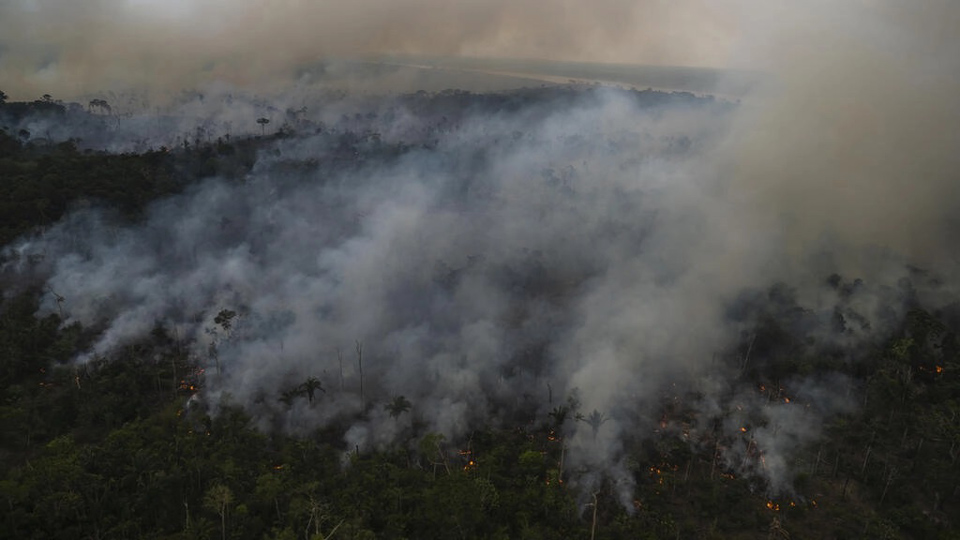 SAO PAULO, July 2, 2022 (BSS/AFP) - Deforestation of the Brazilian Amazon reached a record level during the first half of 2022, the INPE national space agency said Friday.

The world's largest tropical rainforest lost 3,750 square kilometers (1,450 square miles) of jungle since the beginning of the year, the worst numbers for that period since record-keeping began in 2016.

The previous worst figure of 3,605 square kilometers was set last year.
The new figure does not even include the final six days of June.

This year has seen the worst June in 15 years for forest fires.

Monthly records were also beaten in January and February, when deforestation is usually lower, and in April.

INPE satellites identified more than 2,500 fires in the Amazon last month, the largest number since more than 3,500 were recorded in June 2007, and an 11 percent increase over June 2021.

More than 7,500 fires have been recorded since the start of the year, another 17 percent increase on 2021 and the worst numbers since 2010.

Environmentalists and opposition figures accuse the government of President Jair Bolsonaro of implementing policies that encourage big businesses to damage the environment.

"The impact of this negligence will be the increasing loss of the resilience of these surroundings, not to mention the damage done to local communities and health," said Mariana Napolitano, of the Brazilian World Wildlife Fund.

Last year, the main government environmental protection body spent only 41 percent of its surveillance budget, according to the Climate Observatory NGO.