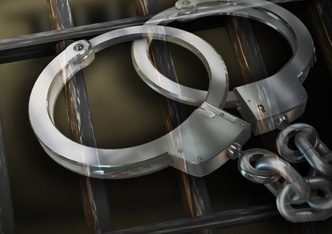 DHAKA, June 26, 2022 (BSS) – A youth was arrested today for allegedly removing nuts and bolts from the railing of Padma Bridge.

The official said they will disclose details about the youth at a press conference to be held at its office tomorrow.
Meanwhile, the Bridge Division has imposed restrictions on the movement of curious people on Padma Bridge.

It said that important goods and equipment are kept in the bridge and the toll plaza area.

Some curious people are allegedly descending on the bridge from motor vehicles and stealing these valuable goods and equipment.

In this regard, the bridge authorities have requested the Bangladesh Army personnel who are maintaining the bridge’s security, to take necessary steps so that people cannot get down on the bridge from any vehicle.

Project Director of the Padma Multipurpose Bridge Shafiqul Islam sent a letter to the Army's Engineering Support and Safety Team (EST) in this regard today.
The EST has been given charge for maintaining the safety and security of the Padma Bridge project since the beginning of its construction.

In the letter, the project director said it is prohibited to get down from vehicles on the bridge. Even then, many people were getting down on the bridge and taking away valuables and equipment as well as damaging equipment from the bridge.

Therefore, the letter requested the Bangladesh Army’s team to intensify patrol on an emergency basis on the bridge.

The Bridge Division said that many construction materials are still scattered around the bridge area. The fencing around the toll plaza is yet to complete.

As a result, many were trying to enter the area from outside and taking selfies by stopping cars and motorcycles, taking pictures while lying down, trying to climb the railing. On the other hand, risk of accidents is increasing, it added.