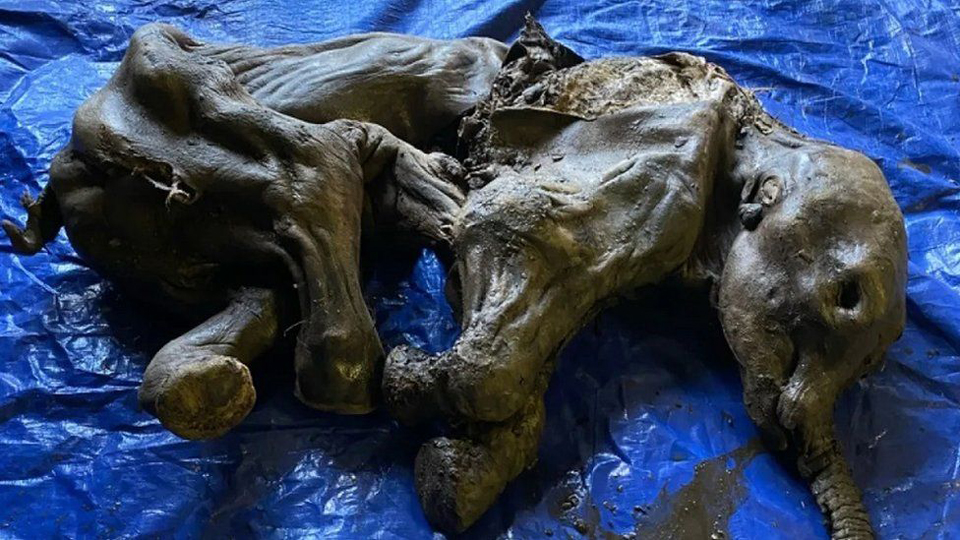 OTTAWA, June 26, 2022 (BSS/AFP) - Miners in the Klondike gold fields of
Canada's far north have made a rare discovery, digging up the mummified
remains of a near complete baby woolly mammoth.

Paleontologist Grant Zazula said the little tyke, which retained its skin and
hair, "is beautiful and one of the most incredible mummified ice age animals
ever discovered in the world."

"I am excited to get to know her more," he said in a statement.

The baby mammoth's remains were discovered during excavation through
permafrost south of Dawson City in Canada's Yukon territory, which borders
the US state of Alaska.

The animal is believed to be female and would have died during the ice age,
more than 30,000 years ago when woolly mammoths roamed this region alongside
wild horses, cave lions and giant steppe bison.

The discovery marks the first near complete and best-preserved mummified
woolly mammoth found in North America.

A partial mammoth calf, named Effie, was found in 1948 at a gold mine in
Alaska's interior.

A 42,000-year old mummified infant woolly mammoth, known as Lyuba, was also
discovered in Siberia in 2007. Lyuba and Nun cho ga are roughly the same
size, according to the Yukon government.

It noted that the Yukon has "a world-renowned fossil record of Ice Age
animals, but mummified remains with skin and hair are rarely unearthed."