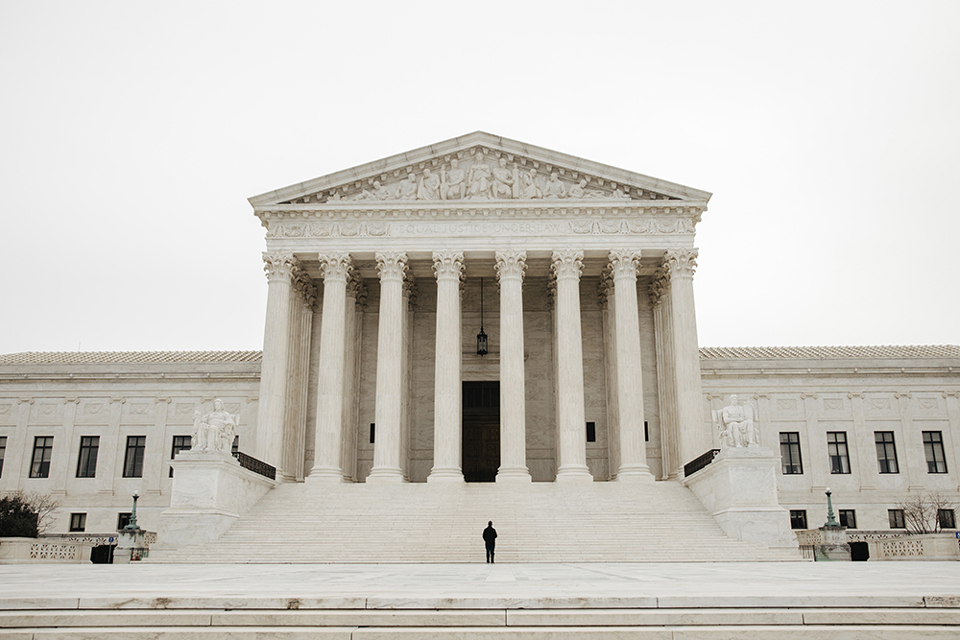 WASHINGTON, June 25, 2022 (BSS/AFP) - The US Supreme Court on Friday struck down the right to abortion in a seismic ruling that shredded five decades of constitutional protections and prompted several right-leaning states to impose immediate bans on the procedure.

Protests against the ruling broke out almost immediately in Washington and elsewhere, with dozens of demonstrations under way or planned across the country Friday evening, news reports said.

The conservative-dominated court overturned the landmark 1973 "Roe v. Wade" decision enshrining a woman's right to an abortion, saying individual states can restrict or ban the procedure themselves.

"The Constitution does not confer a right to abortion," the court said in a 6-3 ruling on one of America's most bitterly divisive issues. "The authority to regulate abortion is returned to the people and their elected representatives."

A somber President Joe Biden called the ruling a "tragic error" stemming from "extreme ideology" and said it was a "sad day for the court and the country."

"The health and life of women in this nation are now at risk," Biden said, warning that other rights could be threatened next, such as same-sex marriage and contraception.

The Democratic president urged Congress to restore abortion protections as federal law and said Roe will be "on the ballot" in November's midterm elections.

Hundreds of people -- some weeping for joy and others with grief -- gathered outside the fenced-off Supreme Court as the ruling came down.

"It's hard to imagine living in a country that does not respect women as human beings and their right to control their bodies," said Jennifer Lockwood-Shabat, 49, a mother of two daughters who was choking back tears.

"You have failed us," read a sign held up by one protestor. "Shame," said another.

But Gwen Charles, a 21-year-old opponent of abortion, was jubilant.

"This is the day that we have been waiting for," Charles told AFP. "We get to usher in a new culture of life in the United States."

Just hours after the ruling, Missouri banned abortion -- making no exception for rape or incest -- and so did South Dakota, except where the life of the mother is at risk.

"This is a monumental day for the sanctity of life," Missouri attorney general Eric Schmitt said.

Altogether about two dozen states are expected to severely restrict or outright ban and criminalize abortions, forcing women to travel long distances to states that still permit the procedure.

Protesters marched in New York, Boston and elsewhere as anger over the decision among abortion rights proponents grew.

"Abortion is health care, health care is a right," people in a crowd in New York chanted as they marched in Manhattan, NBC news reported. - 'Egregiously wrong' -

"Abortion presents a profound moral issue on which Americans hold sharply conflicting views," he said. "The Constitution does not prohibit the citizens of each State from regulating or prohibiting abortion."

The court tossed out the legal argument in Roe v. Wade that women had the right to abortion based on the constitutional right to privacy with regard to their own bodies.

While the ruling represents a victory in the struggle against abortion by the religious right, leaders of the largely Christian conservative movement said it does not go far enough and they will push for a nationwide ban.

"While it's a major step in the right direction, overturning Roe does not end abortion," said the group March for Life.

The ruling was made possible by Trump's nomination of three conservative justices -- Neil Gorsuch, Kavanaugh and Amy Coney Barrett.

Alito's opinion largely mirrors his draft opinion that was the subject of an extraordinary leak in early May, sparking nationwide demonstrations, with an armed man arrested this month near the home of conservative justice Brett Kavanaugh.

The three liberal justices on the court dissented from the ruling -- which came a day after the court ushered in a major expansion of US gun rights.

"One result of today's decision is certain: the curtailment of women's rights, and of their status as free and equal citizens," they said.

Abortion providers could now face criminal penalties and "some States will not stop there," they warned.

"Perhaps, in the wake of today's decision, a state law will criminalize the woman's conduct too, incarcerating or fining her for daring to seek or obtain an abortion," they said.

According to the Guttmacher Institute, 13 states have adopted so-called "trigger laws" that will ban abortion virtually immediately.

Ten others have pre-1973 laws that could go into force or legislation that would ban abortion after six weeks, before many women even know they are pregnant.

Women in states with strict anti-abortion laws will either have to continue with their pregnancy, undergo a clandestine abortion, obtain abortion pills, or travel to another state where it remains legal.

Several Democratic-ruled states, anticipating an influx, have taken steps to facilitate abortion and three of them -- California, Oregon and Washington -- issued a joint pledge to defend access in the wake of the court's decision.