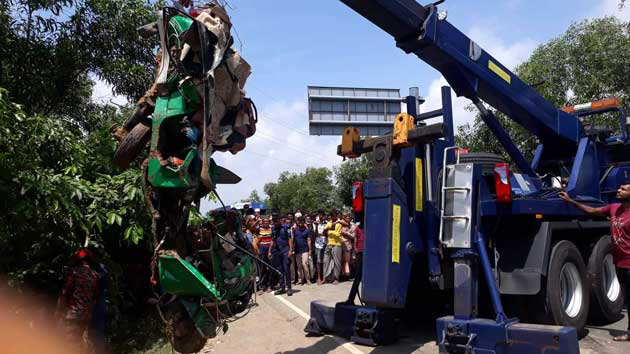 NAOGAON, June 24, 2022 (BSS)- Five people including four teachers were killed
and another was injured when their auto-rickshaw has been dashed by a truck
in Balihari Bablatali area on the Rajshahi-Naogaon highway under Niamatpur
upazila of the district this morning.

On their way, a speeding poultry-feed-laden truck knocked down their rickshaw
around 8 am, leaving four teachers and driver of the rickshaw dead on the
spot and injuring a teacher.

Commissioner of Rajshahi division GSM Zafarullah and others concerned visited
the spot.