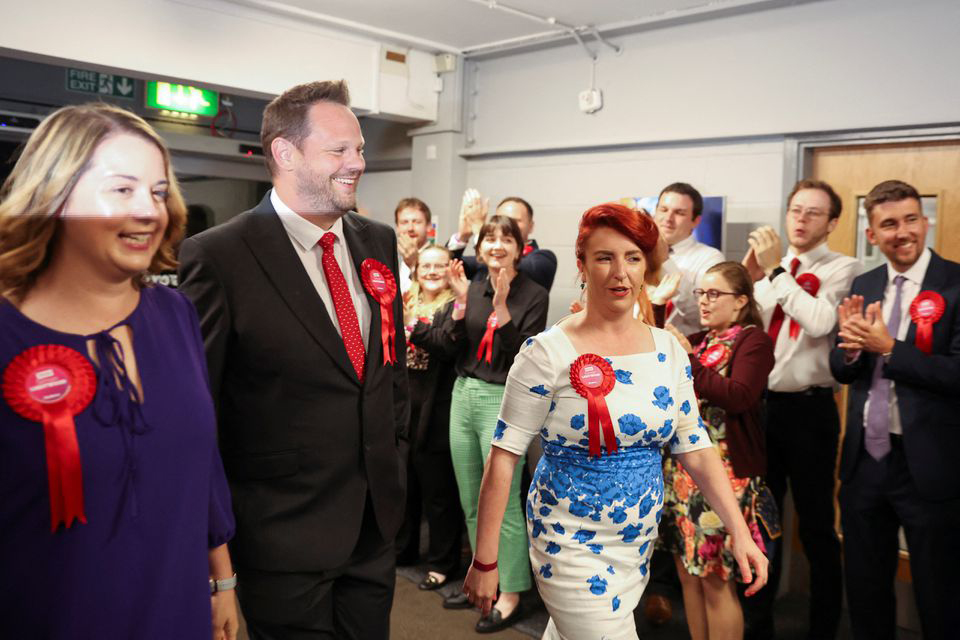 The Tories lost the Tiverton and Honiton seat to the centrist Liberal Democrats while the main opposition Labour party took back the Wakefield constituency in northern England, in stunning twin results set to pile new pressure on Johnson.

The votes were held Thursday after the two areas' former Tory MPs both resigned in disgrace in recent months.

Tiverton and Honiton's ex-lawmaker Neil Parish quit after admitting watching pornography on his phone in the House of Commons, while Wakefield's Imran Ahmad Khan was jailed for sexually assaulting a teenage boy.

The by-elections also follow months of scandals and setbacks that have severely dented the popularity of Johnson and his party, and come just weeks after he narrowly survived an attempt by his own lawmakers to oust him as Tory leader and prime minister.

The Conservatives had been tipped to lose both by-elections and Johnson vowed Thursday -- while in Rwanda for a Commonwealth summit -- not to resign if that occurred.

The Liberal Democrats overturned a Tory majority of more than 24,000 to win Tiverton and Honiton -- which had voted Conservative in every general election since the 1880s -- by more than 6,000 votes.

Meanwhile, in Wakefield near Leeds -- one of dozens of former Labour seats that Johnson took in 2019 on a promise to "get Brexit done" and address glaring regional economic inequalities -- the opposition party won by nearly 5,000 votes. In speeches hailing their victories, both newly-elected MPs said Britain had lost faith in Johnson and urged him to quit following the highly damaging "Partygate" scandal centred on lockdown-breaching gatherings in Downing Street.

Labour leader Keir Starmer, who is eyeing replacing Johnson as prime minister after the next general election due by 2024, said his party's victory in one of its former heartland seats showed it could win back power for the first time in more than a decade.

"Wakefield has shown the country has lost confidence in the Tories," he said in a statement.

"This result is a clear judgment on a Conservative Party that has run out of energy and ideas."