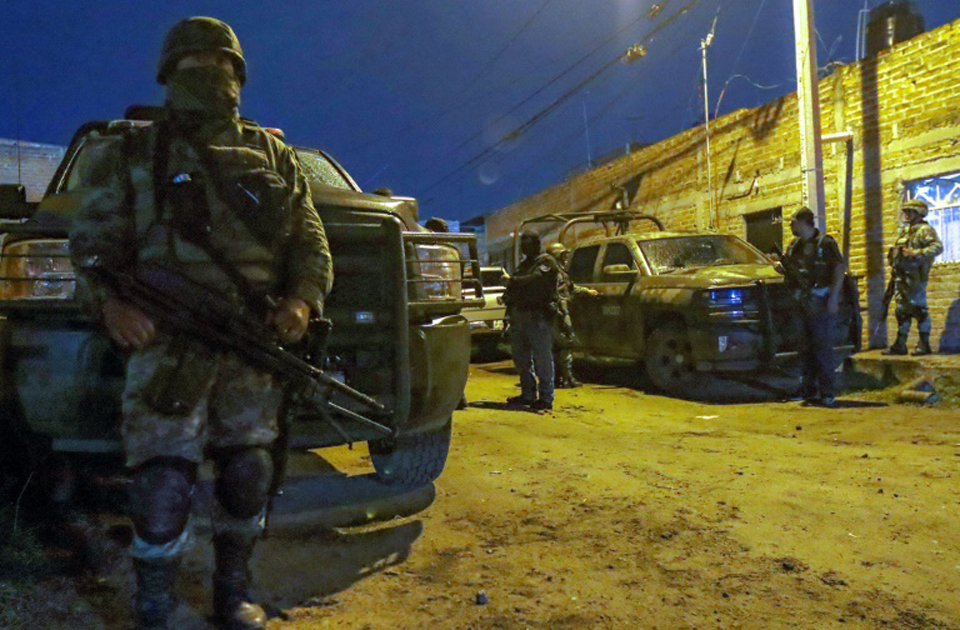 The clash happened on Wednesday night at a house in El Salto on the outskirts of the city of Guadalajara and, according to witnesses, lasted for more than an hour.

Following the shootout, the bodies of nine people, including a woman, were found inside the building, state prosecutors said.

Two people being held captive inside the building were rescued following a tip-off that gunmen had been seen taking gagged people into the house, prosecutor Luis Mendez Ruiz told reporters.

Several people were arrested, and weapons and ammunition were seized.

Ten police officers have been murdered this year in Jalisco, one of Mexico's most violent states due to the presence of criminal gangs, according to official figures.

The western region, one of the country's most prosperous, is the cradle of the powerful Jalisco New Generation Cartel, which authorities blame for numerous deaths and disappearances.

Its leader, Nemesio "El Mencho" Oseguera, is one of the world's most wanted drug lords, with the US Drug Enforcement Administration offering $10 million for his arrest.

More than 340,000 people have been killed in a spiral of bloodshed in Mexico since the government deployed the army to fight drug cartels in 2006.