US hints at Arab progress with Israel during Biden trip 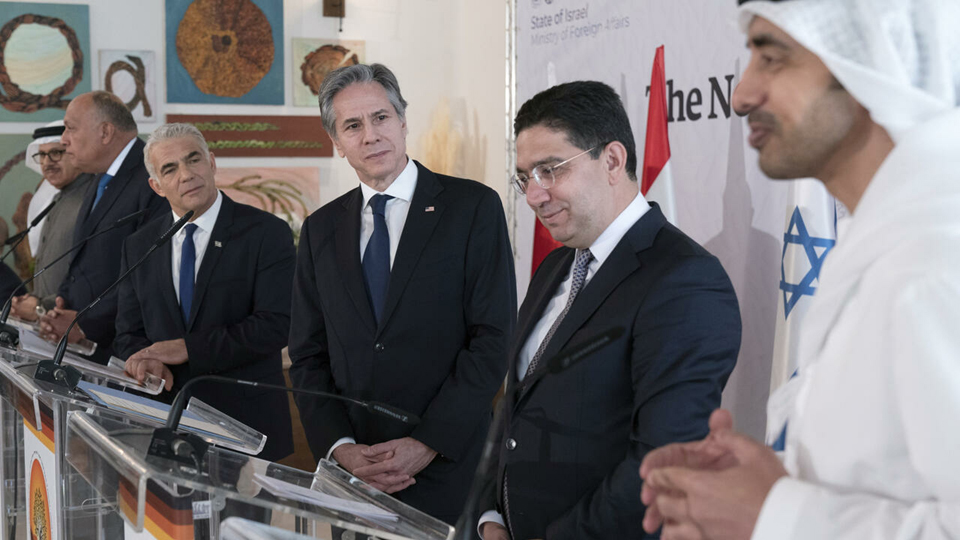 WASHINGTON, June 23, 2022 (BSS/AFP) - A senior US official hinted Wednesday that more Arab nations are looking to make gestures to improve relations with Israel when President Joe Biden visits the region next month.

Biden will travel from July 13 to 16 to Israel, the West Bank and to a regional meeting in Saudi Arabia, which former US president Donald Trump assiduously courted in hopes the kingdom home to Islam's holiest sites would recognize the Jewish state.

Barbara Leaf, the top US diplomat for the Middle East, said that the Biden administration was encouraging greater cooperation between Israel and the Arab nations with which it has relations.

"We are working, in the space that is not in the public domain, with a couple of other countries. And I think you'll see some interesting things around the time of the president's visit," she told a congressional subcommittee.

Asked to elaborate, Leaf said, "I really wouldn't want to step on the president's toes."

The United Arab Emirates, Bahrain and Morocco in 2020 became the first Arab states in decades to normalize relations with Israel as part of the so-called Abraham Accords which Trump considered a signature foreign policy achievement.

Leaf said that the UAE-Israel relationship "is going like gangbusters" but that the Biden administration also wanted to encourage broader cooperation.

Secretary of State Antony Blinken joined his counterparts from Israel, the UAE, Morocco, Bahrain and Egypt in a March meeting in Israel's Negev desert.

Leaf said that the United States wanted the event to be annual and to include the Palestinian Authority and Jordan -- the only other Arab nation that recognizes Israel but which has seen rising tensions over the status of Jerusalem.

Israel has also found common cause with Gulf Arab states in their tense relationships with Iran's Shiite clerical state.