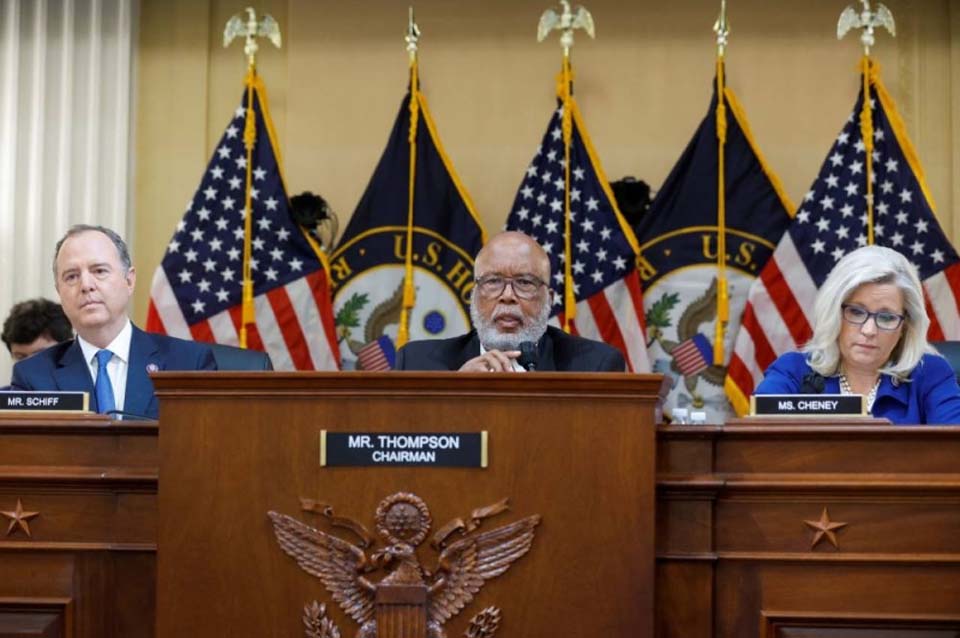 WASHINGTON, June 23, 2022 (BSS/AFP) - The congressional panel investigating last year's attack on the US Capitol announced a break from its blockbuster series of televised hearings Wednesday after receiving a glut of new video footage of Donald Trump and his family from a documentary filmmaker.

Thompson did not elaborate on the timetable but said further hearings after the two in July were "always a possibility."

"It's important that our members (and) investigators take the time needed to assess that information and figure out how we're going to use that information as we continue to make our presentation to the American people."

The new evidence includes documents from the National Archive and multiple new leads given to a tip-line since the televised hearings began earlier in June.

The most prized haul though will be hours of footage from documentary filmmaker Alex Holder, who was granted extensive access to Trump and his inner circle -- including for interviews -- before and after January 6.

Holder began filming on the campaign trail in September 2020, according to Politico, and had substantial access to Trump, Trump's grown-up children and his vice president Mike Pence for months.

Congress goes on a two-week recess for the July 4 holiday starting next week.

When lawmakers return in the second week of July, they are expected to dedicate at least some of the remaining hearings to the radicalization of extremists who stormed the Capitol, as well as the culture of political violence on the far right.

In a sign of heightened political tensions around the hearings, The New York Times reported an uptick in violent threats against members of the panel, adding that they would likely receive a security detail.

Adam Kinzinger, one of two Republicans on the nine-member committee, revealed a letter addressed to his wife over the weekend that threatened to execute the couple and their five-month-old baby.

"There is violence in the future, I'm going to tell you," Kinzinger told ABC on Sunday. "And until we get a grip on telling people the truth, we can't expect any differently."

Committee vice-chair Liz Cheney halted large, public events long ago due in part to concerns over her safety as she fends off a primary challenge to her Wyoming seat in Congress.

Federal agents issued subpoenas over the insurrection Wednesday, raiding the homes of two people involved in the plot to overturn the election, The Washington Post reported.

One Trump supporter had allegedly tried to impersonate an official elector -- the people picked by the winning party in each state to choose the president under America's arcane "electoral college" voting system.

The other raid target worked on Trump's drive to invalidate the election in Arizona and New Mexico. Other participants in Trump's alleged plot received subpoenas.

The action came after officials in Arizona and Georgia appeared Tuesday before the select committee's fourth public hearing this month to outline Trump's efforts to cling to power, which involved bullying local officials and poll workers, publishing their personal details and defaming them.