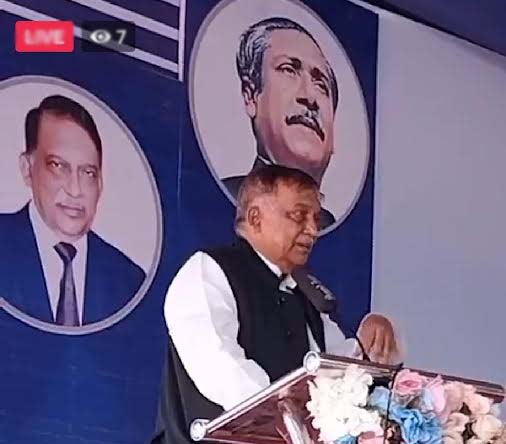 "The APBn members will now work in abandoned camps of the Bangladesh Army and ensure security, stop bloodshed and extortion in the hills," he said this while laying foundation stone of three buildings for APBn here as the chief guest.

The minister said the Chittagong Hill Tracts Peace Accord was signed under the leadership of Prime Minister Sheikh Hasina for bringing permanent peace in the hilly region.

"Prime Minister Sheikh Hasina wants the region to always be peaceful. If there were few problems with implementation of the agreement but we have discussed the matter with local leaders including Santu Larma and all problems will be resolved through negotiations," he added.

Kamal further said that the government will take strict action against terrorism and extortionists not only in the hilly areas but also entire Bangladesh.

He said that APBn is a part of the police and they were highly trained, adding, "Under their leadership, action will be taken against terrorists and extortionists as well as to stop killings and bloodshed in the mountain areas."

Kamal said that Chattogram Hill Tracts is a potential region, as cashew nuts got nationwide reputation, adding, "Some entrepreneurs started work to expand cashew nut cultivation in the hills. Hopefully we will be successful."