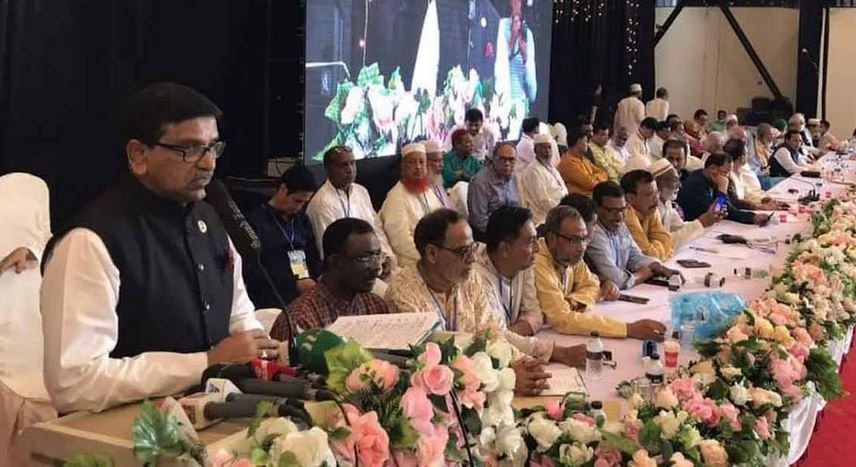 "The conference of city AL units, wards and police stations units will be
held before October 1," said Hanif addressing as the chief guest in a member
renewal and recruitment drive function of city AL at city's Kazir Deuri
International Convention Hall this afternoon.

Terming mass people as AL's main power, Hanif said, "If we are able to
rearrange the organization, AL will come to power through the next
elections."

"The AL has upgraded Bangladesh as a middle-income country from a poor one.
AL is involved in all the development of the country. If the AL is in power
constantly, the nation will become a developed one before 2041," he added.

He said BNP-Jamaat tried to turn the country into a failed state while the
country is moving forward under the leadership of Prime Minister Sheikh
Hasina.

"The BNP has repeatedly lied. BNP does not want progress of the country.
Khaleda Zia had written a letter to cancel the GSP facility. In 2020, the BNP
hired lobbyists to impose sanction on RAB, in a bid to worsen the country's
law and order situation," he said.

Blaming the BNP for the clash between Chhatra Dal and Chhatra League in Dhaka
on Tuesday, Hanif said the BNP was lying against the government at the press
club.

Pointing to the party leaders and workers, Hanif said, "Don't be hypocrite
with the party, do not trade positions of the party.....qualified people have
to be recruited from the grass root level."