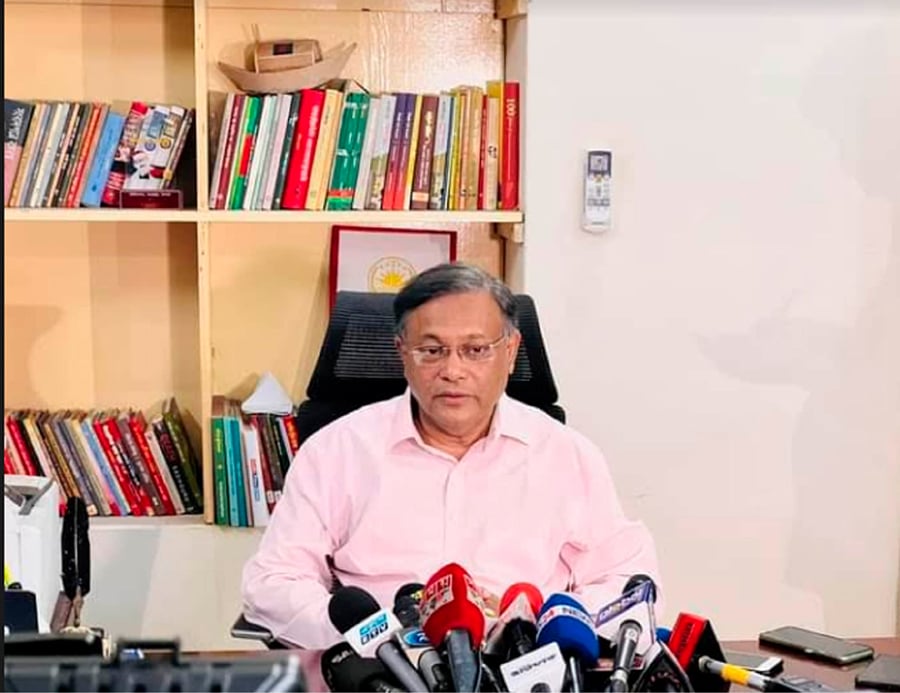 DHAKA, May 24, 2022 (BSS) - Mentioning that Prime Minister Sheikh Hasina has constructed the Padma Bridge for all people of the country, Information and Broadcasting Minister Dr Hasan Mahmud today said the countrymen expect that the rumourmongers can use the Padma Bridge seeking apology.

"The persons, who spread propaganda against the Padma Bridge, should seek apology. I would like to tell them to use the bridge begging pardon and the countrymen expect it," he told reporters this evening at his official residence in city's Mintu Road.

Earlier, he was returned home after inaugurating the trailer of Bangabandhu's biopic at Cannes festival in France.

Hasan said Begum Khaleda Zia, Mirza Fakhrul, CPD, TIB and different persons wrote letters and e-mailed to the World Bank through Hilary Clinton for not financing in the Padma Bridge. But, the country has constructed the bridge with its own fund under the dynamic leadership of Bangabandhu's daughter Prime Minister Sheikh Hasina despite all conspiracies, negative comments and ill efforts, he added.

The bridge is for all people of Bangladesh, said Hasan, also Awami League joint general secretary.

Replying to a query, the minister said, "I personally think that they should seek apology before using the Padma Bridge if they are ashamed for their propaganda, lies and anti-state activities."

About the trailer in Cannes festival, he said the trailer of the movie 'Mujib: The Making of Nation' has been inaugurated in the festival and it created a great enthusiasm among the people. The poster of the film was adorned at the entrance of the Cannes festival city, he added.

The minister said the life and works, self-dedication, struggle and achievements have been portrait in the film. The biopic, jointly produced by Bangladesh and India, will keep awake the spirit of Bangabandhu for decades though it is tough to portray the biographies of great people like Bangabandhu, he added.

"I firmly believe that the movie will work as a documentary and the new generation could know about the struggle, self-dedication of Father of the Nation Bangabandhu Sheikh Mujibur Rahman," said Hasan.

He said the government has a plan to set up a stall in the Cannes festival from the nest year.