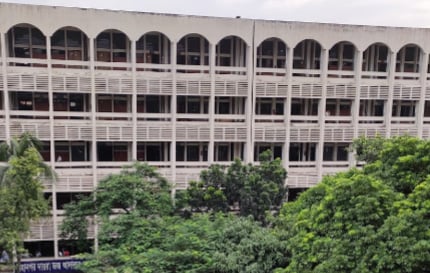 DHAKA, May 24, 2022 (BSS) - A Dhaka Court today ordered to send ex-Jubo League leader Ismail Hossain Chowdhury Samrat to jail in a graft case filled by the Anti Corruption Commission (ACC), after he surrendered before it this morning.

Judge Al Asad Md Asifuzzaman of Special Judge's Court-6 of Dhaka passed the order after Samrat surrendered before the court, abiding by a High Court directive issued on May 18.

After hearing both the parties, the court scrapped the bail plea and ordered him to be sent to jail. The court also fixed May 30 for his bail hearing.

From March 31 to May 11 this year, Samrat was granted bail by the lower court in a total of four cases on health ground.

After receiving the bail papers on May 11, the jail authorities released Samrat.

On May 18, the ACC filed an application in the High Court seeking cancellation of bail in a case filed against him for acquiring assets other than known income, saying that Samrat could not secure a bail because of the gravity of his offence.

Moreover, no relevant medical papers were submitted before the lower court to prove his illness, said the ACC.

The High Court cancelled his bail and ordered him to surrender to the lower court within next seven days.

The Rapid Action Battalion (RAB) arrested Samrat from a village in Cumilla's Chauddagram upazila on October 6, 2019.

In a subsequent action, police raided his Kakrail office in the capital and recovered huge quantities of foreign liquor, guns and rare species of wildlife skins.

A mobile court sentenced Samrat to six months of jail term for possessing wildlife hides. A case was filed against him under the Arms and Drugs Act for possession of arms and drugs.

Later, the Criminal Investigation Department (CID) filed a case against him under the Money Laundering Act and the ACC filed a case alleging illegal acquisition of assets.