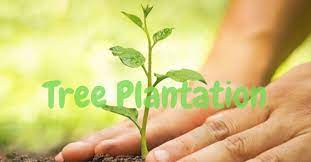 DHAKA, May 23, 2022 (BSS) - The government has nominated seven individuals and 16 institutions for Prime Minister's National Award for Tree Plantation-2020 for special contributions to this field in different categories.

The decision was taken at meeting of national committee to evaluate the 'Prime Minister's National Award for Tree Plantation-2020' at Environment, Forest and Climate Change Ministry's meeting room here on Sunday, said a press release today.

The national committee has given nominations after the evaluation at upazila, district and divisional levels.

Voluntary social organization "Manab Seba", Naogaon has been nominated for the first prize in NGO, club and voluntary organization category.

In the category of creation of garden on rooftop at houses, Manira Sultana, Gazipur; Kabita Nasreen Srishti, Mymensingh and Sahana Nasreen, Rajshahi have been nominated for first and second prizes.

The award has been introduced in 1993. All awardees get certificates and cheque of Taka 30,000 is given to first position holder, Taka 20,000 for second position and Taka 15,000 for third position.