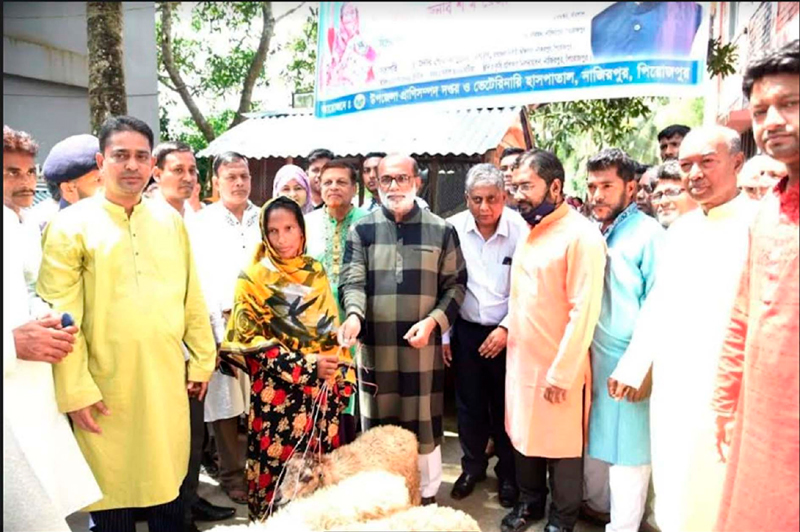 The minister was speaking as the chief guest at a function to distribute materials related to fish farming among the beneficiaries of the integrated livestock development project in coastal chars being implemented by the Livestock Department of the Ministry of Fisheries and Livestock at the Agriculture Training Auditorium in Nazirpur Upazila the district.

The event was organized by Nazirpur Upazila Livestock Department.

The minister said the government has been providing various materials through development projects to change the destiny of the people. Except Sheikh Hasina, no one has given such help in the past and she wants to make everyone self-sufficient, he said.

He also said that the integrated livestock development project in the coastal char areas will make women self-reliant and prosperous. Materials distributed free of cost under this project will enrich the poor economically.