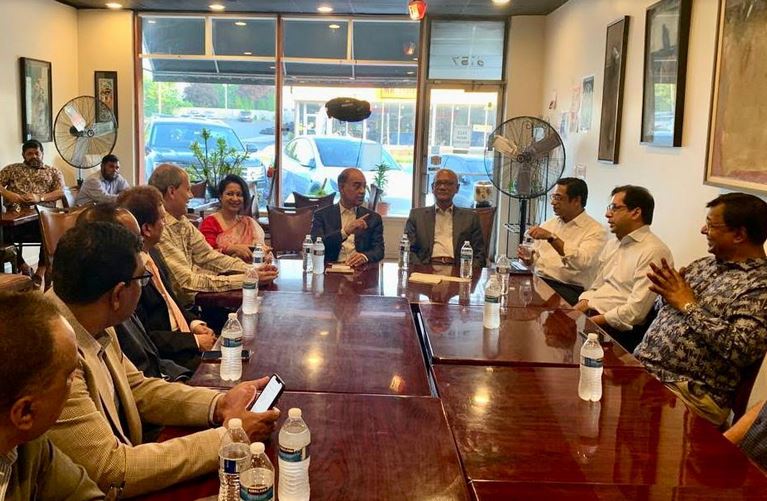 DHAKA, May 22, 2022 (BSS) - Bangladesh's visiting Parliamentary Standing Committee on the Ministry of Foreign Affairs has sought active participation of the non-resident Bangladeshi (NRB) American professionals to further bolster relations between Dhaka and Washington.

The committee chairman Muhammad Faruk Khan made the remark while exchanging views with Bangladeshi-Americans academics and intellectuals in Washington on Saturday, according to a press release received here.

While speaking at the meeting, he termed the Bangladeshi-American professionals as the prime movers in shaping the relationship between the two countries.

The professionals in their remarks put forward various suggestions to further advance Dhaka-Washington ties and cooperation.

Khan put emphasis on holding such meetings regularly and also sought the advice of the Bangladeshi-American professionals for further development of the country.

Other members of the delegation Nurul Islam Nahid, Nahim Razzaq and Kazi Nabil Ahmed also spoke at the meeting.

Bangladesh Ambassador to the USA M Shahidul Islam briefed about the steps of the embassy for further expanding ties and cooperation between Dhaka and Washington. Officials of the embassy were present on the occasion.

The delegation is scheduled to leave Washington for Dhaka today wrapping up their five-day visit to the USA.