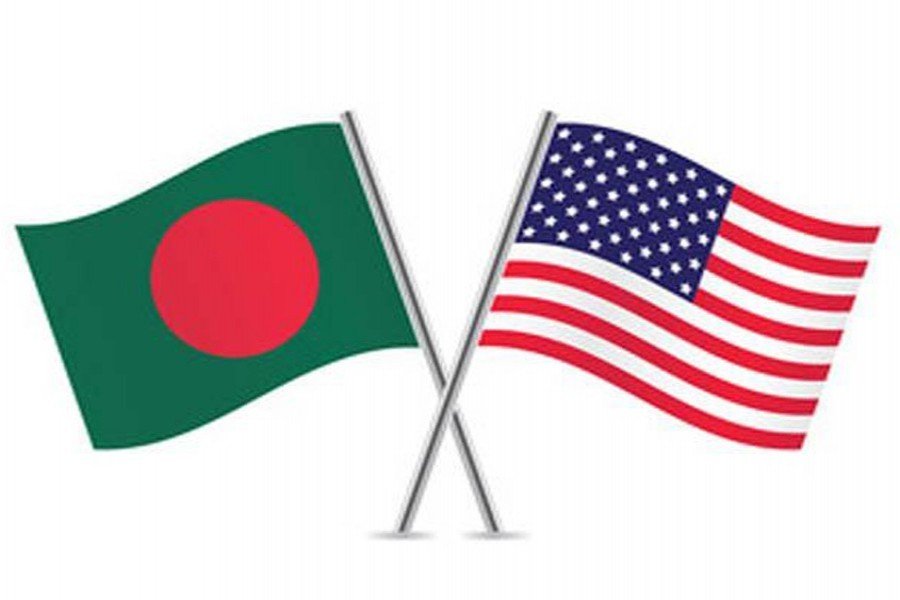 DHAKA, May 20, 2022 (BSS) – The delegation of the Parliamentary Standing Committee on the Ministry of Foreign Affairs of the Bangladesh has underscored the greater engagements between Bangladesh and the United States to further strengthen the existing bilateral relations.

The parliamentary team expressed this view when they had meetings with Ambassador Donald Lu, Assistant Secretary of State for South and Central Asian Affairs at the State Department, and Congressman Dwight Evans at his Longworth office in the Capitol Hill here on their second day of the visit on Thursday, according to a press release said here today.

The delegation also participated in a roundtable discussion with senior officials of the International Republican Institute (IRI), led by its President Dr. Daniel Twining.

Bangladesh Ambassador to the United States M Shahidul Islam and senior officials of the embassy were present at these meetings.

In their meeting with Assistant Secretary of State for South and Central Asian Affairs Ambassador Donald Lu, the Parliamentary team discussed the entire range of issues encompassing the Bangladesh-U.S. partnership and expressed resolve to deepen engagements between the two countries.

Ambassador Lu was highly appreciative of the Bangladesh government's management of the COVID-19 pandemic, terming its vaccine distribution system as one of the best in the world. He viewed trade and investment, climate change, and COVID-19 cooperation as important areas where the two countries could enhance their collaboration.

The two sides discussed Bangladesh's huge potential in the IT and ICT sectors and looked forward to expanding cooperation between the Silicon Valley and Bangladesh Hi-Tech Parks.

The visiting delegation sought the assistance of the Biden administration for the early deportation of Bangabandhu's killer Rashed Chowdhury.

They also raised the issue of recent US sanctions on RAB and its senior officials. The leader of the delegation Faruk Khan, MP, emphasized the importance of resumption of the Dhaka-New York direct Biman flight for enhanced people-to-people and business-to-business relations.

Cooperation in the area of labor rights, Bangladesh's access to US DFC financing for larger investments in infrastructure projects, steps taken by Bangladesh to promote democracy and human rights, and the ongoing defense and security cooperation also came up for discussion.

Congressman Dwight Evans, a key member of the US House Ways and Means Committee, praised the proactive role of the Bangladeshi diaspora in developing the local community in his constituency in Philadelphia.

Recalling his visit to Bangladesh in October 2019, Congressman Evans expressed hope that the visit by the Bangladesh Parliamentary delegation to the United States would further bolster the US-Bangladesh elationship.

He assured of his continued support for the Bangladeshi American diaspora as well as closer Bangladesh-US partnership.

The Bangladesh side appreciated the US humanitarian and political support extended to Bangladesh on the Rohingya issue. They requested Congressman Evans to continue his efforts with the US Capitol and the Biden administration to put sustained pressure on Myanmar for accepting the forcibly displaced Rohingyas.

Both the sides agreed that the resumption of Dhaka-New York direct flight would greatly enhance people-to-people and business-to-business relations between Bangladesh and the United States.

The Standing Committee delegation mentioned that the government of Bangladesh was taking all possible measures to ensure a free, fair and participatory general election scheduled for early 2024.

They noted that the efforts of the government needed to be supported and complemented by all other political parties, because they all had a stake in ensuring peaceful transfer of power. The delegation welcomed IRI's support for strengthening the Election Commission.