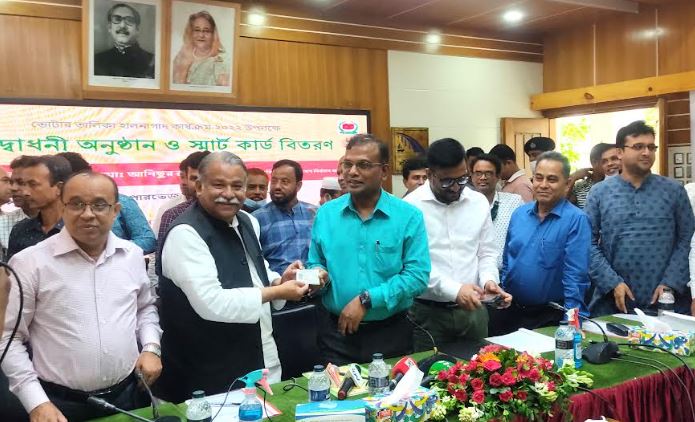 SHARIATPUR, May 20, 2022 (BSS) - Mentioning that the main goal of the
Election Commission is to conduct free and fair election, Election
Commissioner Md Anisur Rahman today said they are not concerned about the
participants in the upcoming general elections.

"Elections will not be cancelled for anyone....We want all parties'
participation in the elections," he said.

"The next general national election will be free, fair and impartial. We will
continue efforts to ensure participation of those political parties. We have
39 registered political parties and we will talk each party. It is difficult
to say whether they will take part in the elections or not," he added.

The election commissioner camp up with the remarks after the inaugural
ceremony of updating voter lists and distribution of smart cards at district
election office this afternoon.

"We have seen that there are different pros and cons about EVMs. These are
the things we are trying to solve," he said.