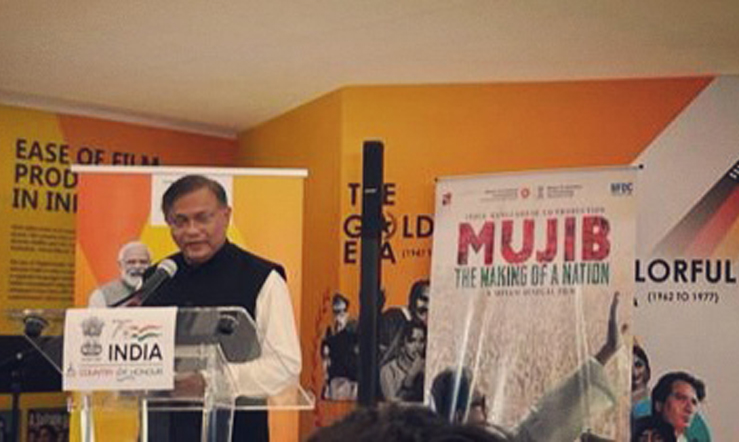 DHAKA, May 20, 2022 (BSS) - The trailer of 'Mujib: The Making of a Nation', Father of the Nation Bangabandhu Sheikh Mujibur Rahman's biopic, has launched at the Cannes Festival.

Hasan, in his speech, said the life of Bangabandhu, victory from his struggle and his sacrifice have been portrayed in the movie. The biopic, jointly produced by Bangladesh and India, will keep awake the spirit of Bangabandhu for decades though it is tough to portray the biographies of great people like Bangabandhu, Mahatma Gandhi, Martin Luther King and Nelson Mandela in a film, he added.

For this, the minister extended his gratitude to Bangabandhu's elder daughter Prime Minister Sheikh Hasina, his (Bangabandhu) younger daughter Sheikh Rehana, the Indian government, producer of the film, director, artistes and others.

Anurag said the work of making the biopic of Bangabandhu jointly is really a matter of joy and pride.