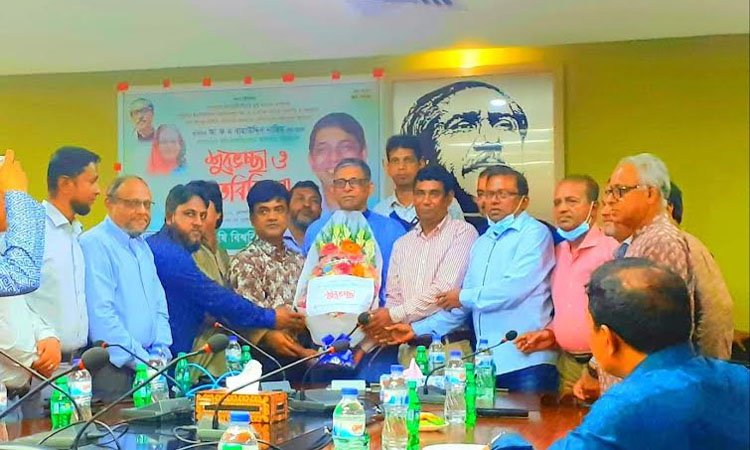 He said all possibilities and hopes of the country were evaporated before her arrival from exile. “We have once again turned around under the leadership of Sheikh Hasina and new expectations were created,” he added.

He was addressing a meeting of Council of Officers of Bangladesh Agricultural University at AMM Saleh Conference Hall of KIB.

Sheikh Hasina has returned to the country and stood by the people of Bangladesh. She has spoken for the people who have lost their democracy and she was succeeded in overcoming all obstacles, he said.

Conspiracies, he said, are still going on against her. The conspirators are trying to halt the country’s ongoing development spree staying abroad.

“The communal forces want to destroy the peace of the country and want to make Bangladesh a mini Pakistan. They are the ones who have tried to make Bangladesh like Pakistan after 1975. We all have to build Bangabandhu's golden Bangladesh by resisting them,” he said.