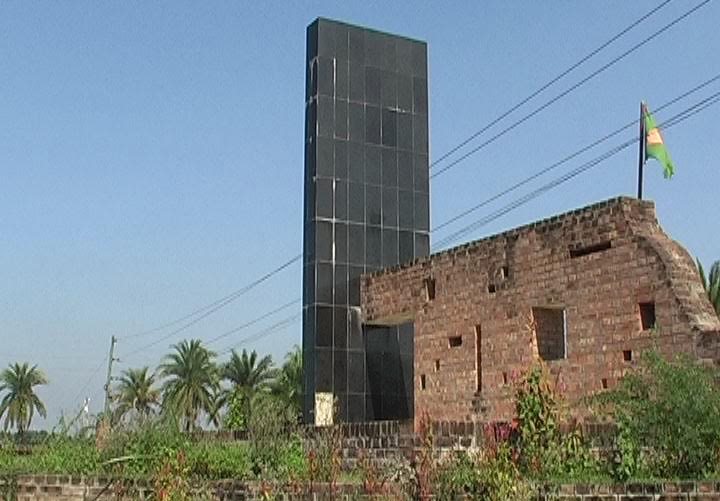 KHULNA, May 19, 2022 (BSS) - "Chuknagar Genocide Day", commemorating the country's largest and worst killings of human being at Chuknagar here during the 1971 Liberation War, will be observed tomorrow.

To mark the day, 'Chuknagar Smrity Rakkha Parisad' has chalked out different programs including placing of wreath at the Chuknagar Srityshoudha, a memorial built in memory of Chuknagar massacres victims, mourning procession, hundreds of candlelight vigil and discussion.

Besides, Amra Ekattor, a platform of 1971 generation, and Jashore Udichi jointly have chalked out different programme to mark the day. The programme includes to pay tributes at the memorial of Chuknagar Monumement around 1100am tomorrow and cultural programme in the memory of 1971martyred in the evening.

The eventual victory of December 16, 1971 was the outcome of nine months of sustained successful armed resistance of the Bengali nation but the period was marked by a series of genocides and the Chuknagar Massacre is believed to be the worst one as it witnessed the slaying of at least 10,000 people in hours.

The victims, mostly minority Hindus, were fleeing their homes to take makeshift refuge in neighboring India while the carnage took place at the small frontier business town of Chuknagar at Dumuria of Khulna as they believed it to be a safe passage.

"There were bodies over bodies, numerous bodies... I did not get any room to step out evading the blood stained bodies," ABM Shafiqul Islam, former principal of Chuknagar College, a witness to the massacre, said as he recalled the memories in choked voice while tears rolled down his cheeks.

Professor Muntasir Mamoon in his research on the massacre said people started to gather at Chuknagar since mid-April to cross the border in groups. By 15th May big crowds from the nearby localities and districts flocked to Chuknagar as the rumor of approaching Paki troops spread like fire. According to a conservative account, around ten thousand people were in Chuknagar waiting to cross the border, the scene of the mass killing on May 20 of 1971.

"Around 10am two trucks carrying Paki troops arrived at Kautala (then known as Patkhola). The Pakis were not many in number, most possibly a platoon or so. As soon as the Paki trucks stopped, the Pakis alighted from the truck carrying light-machine guns (LMGs) and semi-automatic rifles and opened fire on the public. Within a few hours a lively town turned into a city of death," according to the Muntasir Mamoon’s research paper.

"Many of those who evaded the bullets, lost their lives in stampedes of fleeing thousands," he told BSS.

Abdul Haque, who was student at that time said bodies were lying everywhere as "I was looking for my father at Dibya Rural Secondary School beside the river Bhadra just after the massacre".

"The tide of blood was falling into the river .... I briefly halted at one place when I saw a female baby's lip in her deceased mother's breast. I was shouted and crying. I would not forget this seen in my life," he said with tearful eyes.

There was no official statistics about how many people were killed in Chuknagar but most witnesses said the figure would be over 10,000 as 1971 veteran and local commander of the freedom fighters SM Babar Ali gave an account of the incident in his "Swadhinatar Durjoy Abhijan".