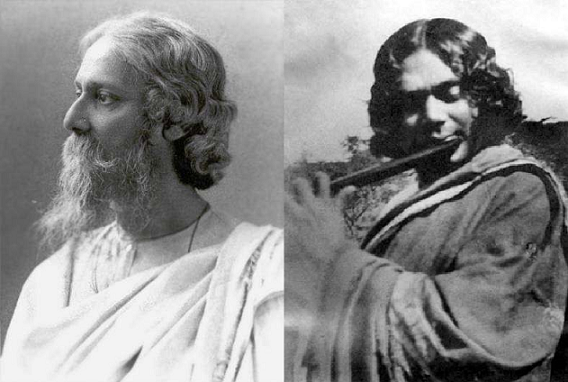 They opined this at the event organised by the district administration at Shilpokola Academy auditorium in observance of the 161st and 123rd birth anniversaries of Biswa Kobi Rabindranath Tagore and National Poet Kazi Nazrul Islam respectively.

The speakers stressed on following the conscience, ideals and philosophy of Tagore and Nazrul who were the sources of inspiration during the War of Liberation in freeing the nation from deprivation, exploitation, injustice and communalism.

The chief guest called for nurturing of literary works including poems, songs and novels, of the two great sons of the soil to show due respect to them on the way to build a more enlightened, non-communal, peaceful and prosperous Bangladesh.

Later, artists of District Shilpokola Academy recited self-composed poems and poems of the two great poets, rendered dances and songs in the colorful cultural function enjoyed by a huge audience.

At the end, prizes were distributed among winners of the essay writing and quiz competitions on the two great poets.