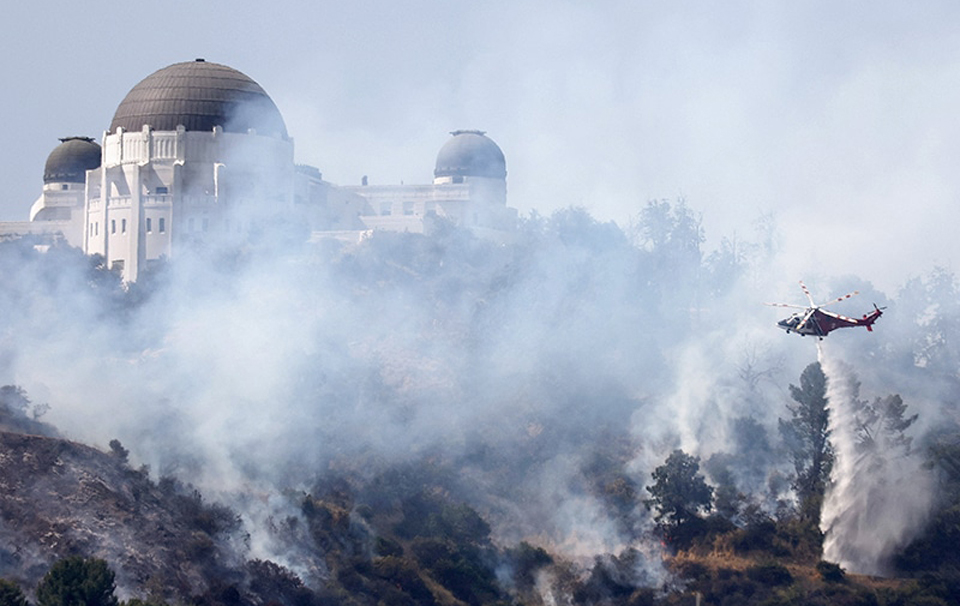 LOS ANGELES, May 18, 2022 (BSS/AFP) - A small fire broke out at a park in
the heart of Los Angeles on Tuesday, causing officials to evacuate the city's
historic Griffith Observatory.

Los Angeles Fire Department declared the four-acre blaze a "major emergency"
and were tackling the flames from the ground and by air.

Park rangers were called in to ban hikers from trails in the area, which is
popular with tourists and residents of the nearby upmarket Los Feliz
neighborhood.

Griffith Park is a sprawling and rugged expanse of countryside criss-crossed
by hiking and riding trails, home to Griffith Observatory as well as Los
Angeles Zoo.

The landmark observatory, opened in 1935, is world-famous and has appeared in
many Hollywood films such as the James Dean movie "Rebel Without a Cause."

The news evoked memories of a major fire in 2007 which ripped through 800
acres of the park before it was contained.

The cause of Tuesday's fire was not known, and no homes had been evacuated by
mid-afternoon.

Wildfires are a natural phenomenon in the western United States, but their
frequency and ferocity has increased in recent years as the planet warms.

Human behavior, including the unchecked burning of fossil fuels, is altering
weather patterns, exacerbating droughts in some areas and generating
unseasonal storms in others.

Southern California is in the grip of a multi-year drought.

In California, average temperatures during the summer are 1.6C higher than at
the end of the 19th century.