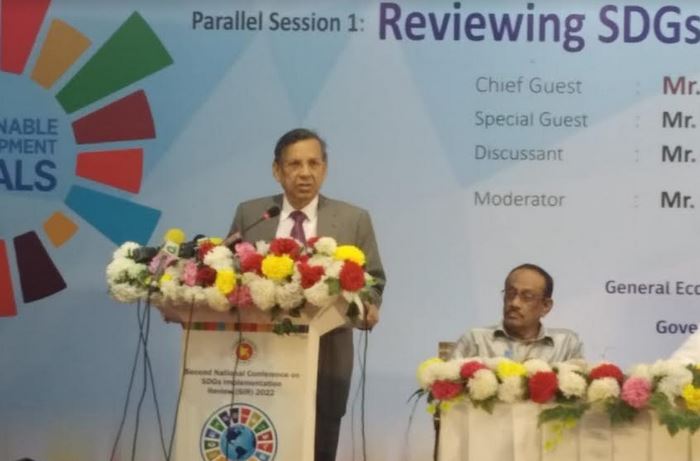 DHAKA, May 17, 2022 (BSS) - Law, Justice and Parliamentary Affairs Minister Anisul Huq today said one of the goals of the present government led by Prime Minister Sheikh Hasina is to ensure people's access to justice.

"It is also one of the targets of Sustainable Development Goals (SDGs), and the government is earnestly working to implement this goal. The government has emphasized on digitization to ensure access to justice. We have already introduced digitization to a limited extent at the Supreme Court and lower courts across the country," he said.

The minister said this while addressing as chief guest the parallel session-1 of 2nd national conference on reviewing progress on implementation of SDGs at Bangabandhu International Conference Centre (BICC).

The law minister said it is a matter of pride for the nation that Prime Minister Sheikh Hasina was given SDG Progress Award 2021 in recognition of her government's achievement in implementing most of the SDGs from 2015 to 2020.

"Our success in many sectors in implementing Millennium Development Goals (MDGs) too was lauded worldwide. Prime Minister Sheikh Hasina was given many important global awards like MDG Award, South-South Award, Champions of the Earth and Planet 50-50 Champion," he added.