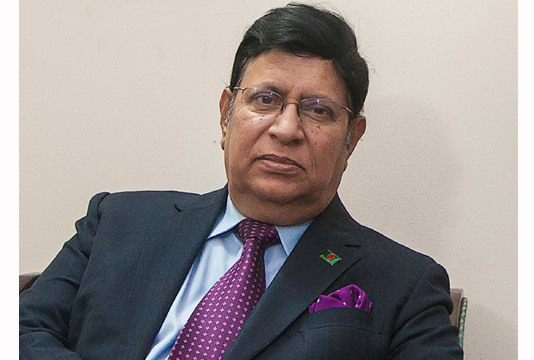 "We (Bangladesh and India) have set procedure ... we will do whatever needs to do (to put Halder behind the bar)," he told media after attending a programme in the capital.

Dr Momen said, as per the procedure, first the Indian government will let Dhaka know about the detention of Bangladesh national PK Halder in their territory.

He, however, said that the Indian authority yet to inform the foreign ministry about the detention of the Bangladeshi fugitive Businessman.
"After being informed (about the detention), we will do as per our set procedure so that we can produce him (PK Haldar) before trial," he said.

The foreign minister hoped that the procedure of bringing back the fugitive person from India would not be a challenge as currently Dhaka and New Delhi are enjoying the "golden chapter" of their bilateral relations.

PK Halder, along with five others, was detained from Ashoknagar in West Bengal of India on Saturday morning.