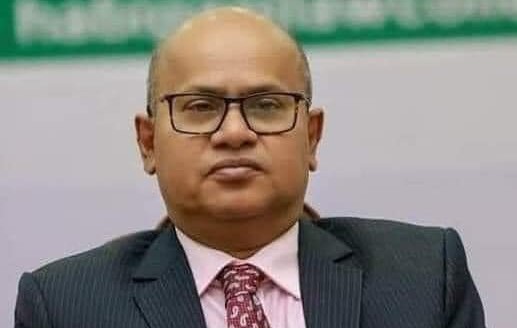 DHAKA, May 15, 2022 (BSS) - Attorney General (AG) AM Amin Uddin today said Bangladesh will explore all possible options to bring back businessman Proshanta Kumar Halder alias PK Halder, who was detained by India’s Directorate of Enforcement (ED) from Ashoknagar of North 24 Parganas in West Bengal on Saturday.

“We will explore all possible options to bring him back to the country. We can seek the help of Interpol . . . there is the extradition treaty also,” said AM Amin Uddin while talking to reporters at his office here this afternoon.

He also said steps would be taken to confiscate assets of former NRB Global Bank Managing Director (MD) PK Halder to pay back the people’s money he allegedly siphoned off to India and other countries.

“Assets of PK Hander will be confiscated to pay back people’s money which he siphoned off to India and other countries,” the attorney general said.

About PK Hander’s arrest in India and steps taken to bring back him to Bangladesh, he said Halder would be tried under the Indian law for fraud as he has obtained a false citizenship certificate there.

"We’ve a money laundering case pending here. Action will be taken to bring him back to complete the trial process in that case. We’re hopeful about bringing him back at the earliest,” said Amin Uddin.

He said PK Halder was arrested based on the information provided by Bangladesh’s Anti-Corruption Commission (ACC) and Bangladesh Financial Intelligence Unit (BFIU). His assets have also been confiscated there, he added.