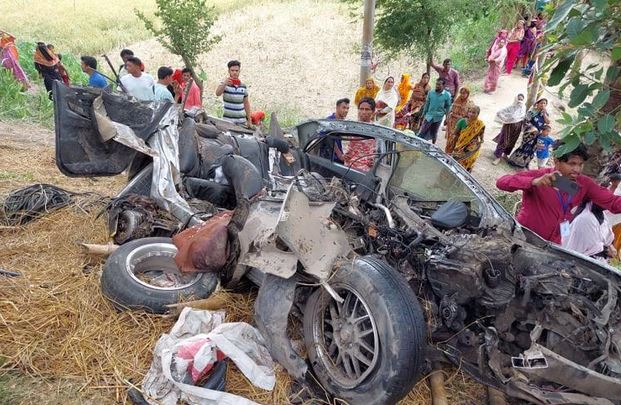 GOPALGANJ, May 14, 2022 (BSS) - Eight people were killed and 30 others
injured in a triangular collision among a bus, a private car and a motorcycle
in Kashiani upazila of the district today.

Vatiapara Highway Police said the fatal accident occurred around 11 am in
Milton Bazar area on the Dhaka-Khulna highway in the upazila.

Deputy Commissioner of Gopalganj Shahida Sultana visited the spot and
confirmed the incident.