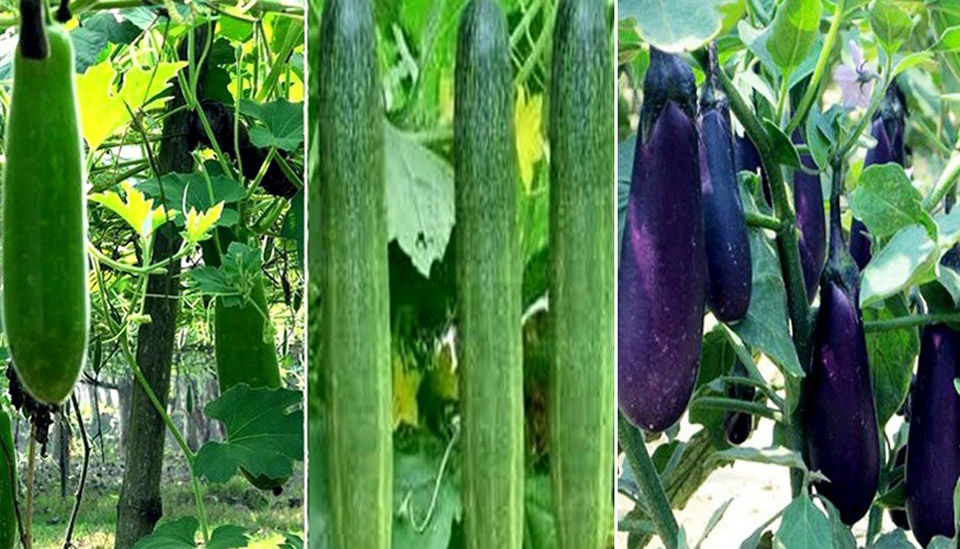 RANGPUR, May 13, 2022 (BSS) - Farmers are expecting a bumper output of summer vegetables as its farming continues alongside harvest of early varieties during this Kharif-1 season in Rangpur agriculture region.

The DAE has fixed a target of producing five lakh 94 thousand and 380 tonnes of summer vegetables from 31,395 hectares of land for all five districts in the region during the current Kharif-1 season.

Farmers have so far cultivated summer vegetables on 25,040 hectares of land or 79.76 percent against the targeted land area by Thursday as the farming process still continues across the region.

"After getting repeated bumper productions with lucrative prices, farmers are cultivating vegetables on more land areas and many of them have achieved self-reliance," Hossain said.

"Besides, different banks, including Rajshahi Krishi Unnayan Bank and NGOs are disbursing agriculture and other easy-term loans to farmers to make the massive winter vegetable farming program successful," Mandal said.

Vegetable trader Hafizur Rahman at Rangpur City Bazar said farmers are currently selling different varieties of summer vegetables at rates between Taka 20 and Taka 30 per kilogram to the middlemen after harvesting on their crop fields.

"The retail prices are, however, higher by Taka 10 to Taka 15 per kilogram in local markets as some vegetables are being perished during transportation, preservation and the whole marketing process," Hafizur said.

Vegetable retailer Fazlur Rahman at Keranipara Kitchen market in Rangpur city said most varieties of summer vegetables are currently being sold to consumers at rates between Taka 25 and Taka 40 per kilogram.