14.53 lakh bales of jute likely to be produced in Rajshahi 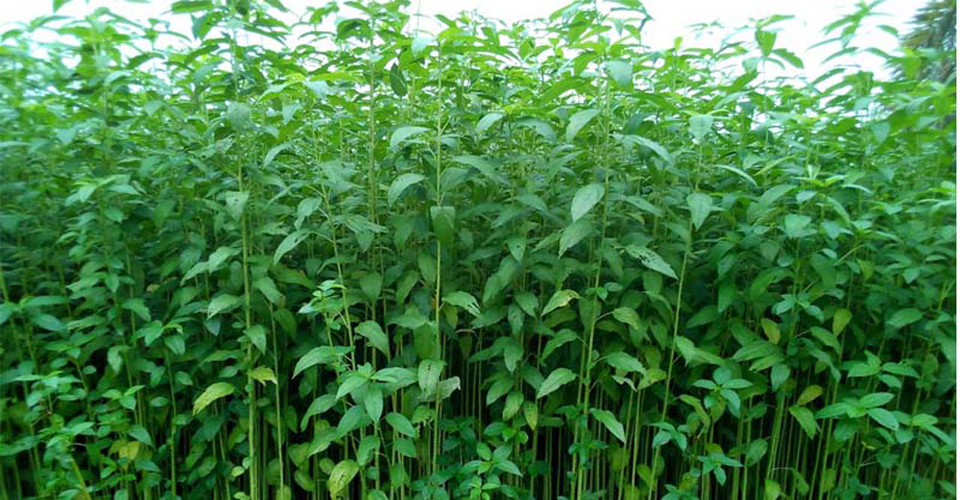 RAJSHAHI, May 11, 2022 (BSS) - Over 14.53 lakh bales of jute are expected to be produced from 2.22 lakh hectares of land in all eight districts in Rajshahi division during the current season.

Khayer Uddin Mollah, Zonal Deputy Director of the Department of Agriculture Extension, said the field level officials and farmers are very much hopeful about harvesting better jute yield everywhere in the country's northwest region including its vast Barind tract this season.

Currently, the farmers are seen nursing the growing plants of the golden fiber amid much enthusiasm as they get bumper production and lucrative market price for the last couple of years. They are now eager to cultivate more jute.

According to the officials concerned, around 13 to 14 years back, the farmers lost interest in jute cultivation as they did not get fair prices.

Meanwhile, the current market price of jute has made the farmers happy because they never thought about the unprecedented price of the cash crop in the region.

Jute fiber is being sold at Taka 5,200 to 6,000 per mound at different hats and bazaars everywhere in the region creating a hope of getting back in the golden era of the cash crop in near future.

Imran Ali, 54, a farmer of Borgachhi village under Paba upazila, said market price of jute was Taka 1,600 to 1,800 per mound during the initial stage of harvesting. He added that he also has jute-sticks which give some extra money after meeting his family needs.

Farmers are very much happy after getting excellent yield and price, he added.

Ali had cultivated jute on seven bighas of land and attained good yield because of suitable climate conditions and sold most of his produced jute initially in fear of price declining.

But, currently, the price has tripled compared to the initial price. None have thought about the present soaring price, he said.

Marjidul Sarker, a farmer of Yusufpur village under Charghat upazila, said he had cultivated jute on two bighas of land and sold his harvested jute at Taka 5,200 to Taka 5,500 per mound on an average.

Mokbul Hossain, another farmer of Khorda Gobindapur village, is now happy as he reaped a better price of his cash crop than the previous time.

Alamgir Hossain of Aloknagar village under Bagmara upazila has gained profit as he got good jute yield from his farm field and expected market price. He said jute farming is most cost-effective and eco-friendly as well.

Jute trader Saidur Rahman at Naohata Bazar said jute was sold at Taka 1,400 to 2,000 per mound in the previous seasons.

He said the price may further rise, mentioning that the price has hiked because of escalating demand of jute fiber in both domestic and global markets. This year, he's seeing the highest rate of jute.

Kamrul Hassan Jewel, an assistant teacher of Arani Government Monmohini High School, underlined the need for large- scale promotion of jute sacks instead of the polythene ones as effective means of revitalising the lost glory of golden jute.

Forging social resistance against use of plastic bags has become an urgent need for protecting the environment from further degradation, he added.

Commissioner of Rajshahi division GSM Zafarullah said increased farming of jute could revive the past glory of the golden fibre ushering a new era in the economy as well as saving the environment and soil health from further degradation.