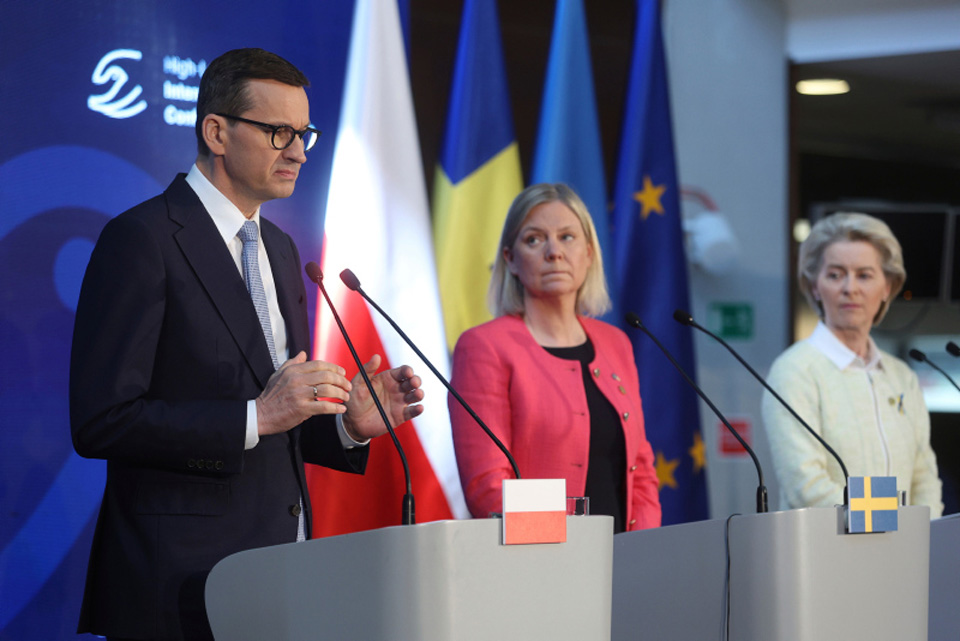 "When Russia brings death, the countries of the free world have to bring aid and I think this conference here in Warsaw showed an enormous amount of solidarity amongst all of us."

Ukrainian President Volodymyr Zelensky spoke via video link at the conference organised by Poland and Sweden with EU participation.

He called on the bloc to grant it EU candidate status "right now".

"Ukraine's membership in the European Union must be an absolute reality, not just promises or prospects, but practical steps," he said.

He also called on partner countries to take part in a patronage project in Ukraine "to ensure the full recovery of these regions, cities and industries".

At the conference, European Commission President Ursula von der Leyen announced 200 million euros in new aid for displaced people in Ukraine on the occasion of the conference.

"Today we came together with a clear purpose: to support the brave people of Ukraine, who fight the aggressor and stand up for their freedom," she said.

"Today, the European Union answered the call, once more, to support Ukraine. On behalf of the European Commission, I pledged 200 million euros for Ukraine."

EU chief Charles Michel for his part said at the conference that "our solidarity efforts will focus on three key areas: humanitarian support, short-term liquidity needs, and reconstruction".