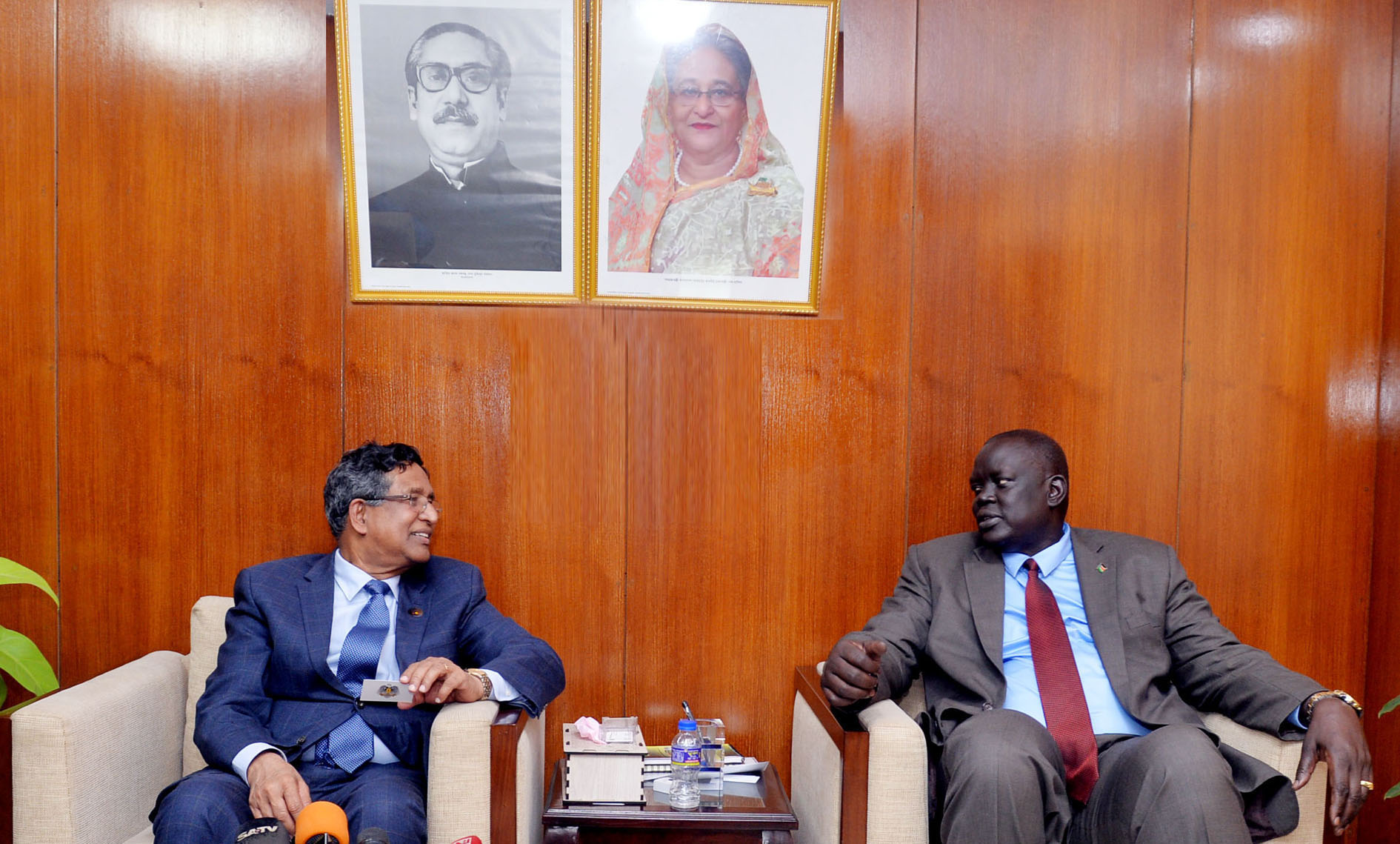 Responding to the proposal, Bangladesh will send an expert team comprising of various experts including agricultural researchers, scientist and extension workers to the African country to identify particular sector for extending cooperation.

“Most of its 6lakh square kilometres of land remain as fellow and there is huge opportunity to produce various crops from these land,” said the minister to the journalists after the meeting.

Many of the private sector entrepreneurs also have expressed their interest on the lease of public sector land in the African country as the issue had been discussed for long between the two countries.  “The government is also considering the issue with utmost importance,” Dr Razzaque added.

“We will send an expert team to South Sudan to verify  thenumber of crops which could be cultivated on that land, he said and adding “a precise initiative will be taken based on the expert’s report.”

“We want to exploit tremendous success and experiences made by Bangladesh in agriculture sector...we also want to produce our necessary food which would be produced by 3cultivating crops on huge fellow land,” said the South Sudanese deputy minister.