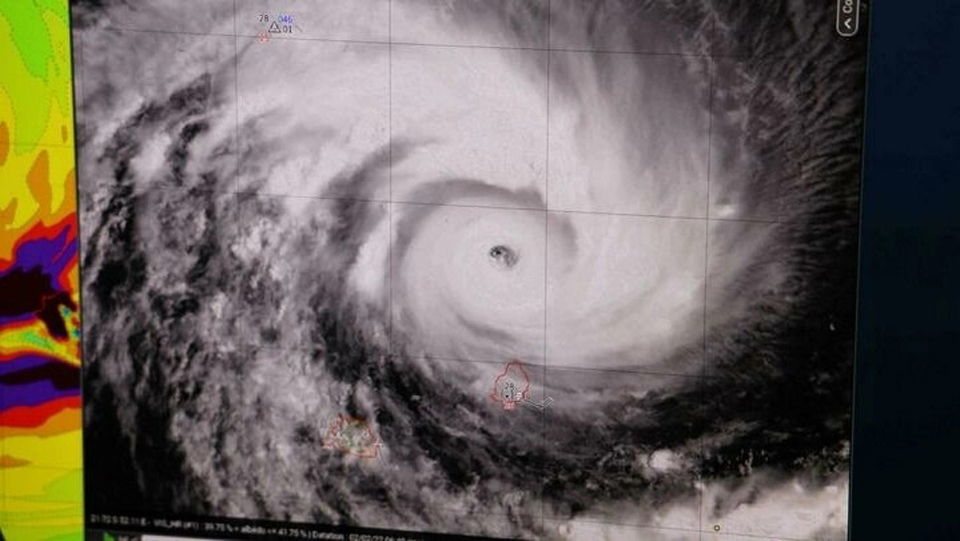 "Batsirai has weakened," Meteo Madagascar said, adding that the cyclone's
average wind speed had almost halved to 80 kilometres per hour (50 miles per
hour), while the strongest gusts had scaled back to 110 km/h from the 235
km/h recorded when it made landfall on Saturday evening.

The cyclone, the second storm to hit the large Indian Ocean island nation
in just a few weeks, was moving westwards at a rate of 19 km/h, the
meteorological services said.

But "localised or generalised floods are still feared following the heavy
rains," it said, adding that Batsirai should emerge at sea in the Mozambique
Channel later Sunday.

It reached the island as an "intense tropical cyclone", packing winds of
165 kilometres per hour (102 miles per hour), Faly Aritiana Fabien of the
country's disaster management agency told AFP.

The national meteorological office has said it fears "significant and
widespread damage". Just an hour and a half after it first hit land, nearly
27,000 people had been counted as displaced from their homes, Fabien said.

He said his office has accommodation sites, food and medical care ready for
victims, as well as search and rescue plans already in place.

The Meteo-France weather service had earlier predicted Batsirai would
present "a very serious threat" to Madagascar, after passing Mauritius and
drenching the French island of La Reunion with torrential rain for two days.

In the hours before the cyclone hit, residents hunkered down in the
impoverished country, still recovering from the deadly Tropical Storm Ana
late last month.

In the eastern coastal town of Vatomandry, more than 200 people were
crammed in one room in a Chinese-owned concrete building.

Families slept on mats or mattresses.

Community leader Thierry Louison Leaby lamented the lack of clean water
after the water utility company turned off supplies ahead of the cyclone.

"People are cooking with dirty water," he said, amid fears of a diarrhoea
outbreak.

Outside plastic dishes and buckets were placed in a line to catch rainwater
dripping from the corrugated roofing sheets.

"The government must absolutely help us. We have not been given anything,"
he said.

Residents who chose to remain in their homes used sandbags and yellow
jerrycans to buttress their roofs.

Other residents of Vatomandry were stockpiling supplies in preparation for
the storm.

"We have been stocking up for a week, rice but also grains because with the
electricity cuts we cannot keep meat or fish," said Odette Nirina, a 65-year-
old hotelier in Vatomandry.

"I have also stocked up on coal. Here we are used to cyclones," she told
AFP.

Winds of more than 50 kilometres per hour (30 miles per hour) pummelled
Vatomandry on Saturday morning, accompanied by intermittent rain.

The disaster agency said the cyclone was expected to remain "dangerous" as
it swept across the large island overnight and in the morning.

Flooding is expected due to excessive rainfall in the east, southeast and
central regions of the country, it warned.

The United Nations was ramping up its preparedness with aid agencies,
placing rescue aircraft on standby and stockpiling humanitarian supplies.

At least 131,000 people were affected by Ana across Madagascar in late
January. Close to 60 people were killed, mostly in the capital Antananarivo.

The UN's World Food Programme pointed to estimates from national
authorities that some 595,000 people could be directly affected by Batsirai,
and 150,000 more might be displaced due to new landslides and flooding.

The storm poses a risk to at least 4.4 million people in one way or
another, the International Federation of Red Cross and Red Crescent Societies
said.