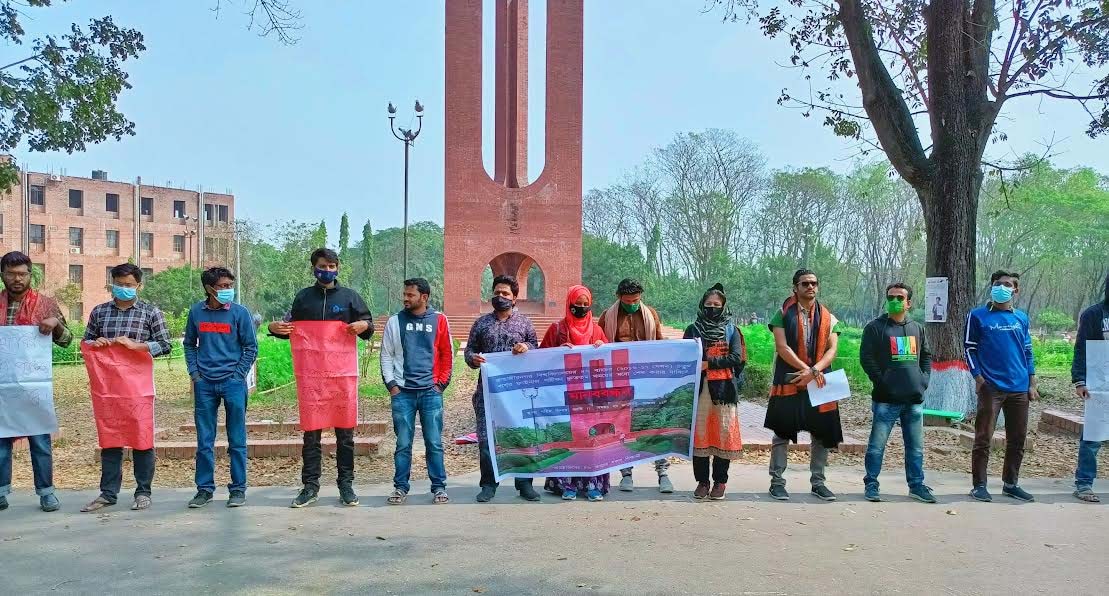 Over 100 students of the university under the academic session of 2016-17 (46th Batch) formed a human chain on the premises of central Shaheed Minar of the university at noon demanding completion of the examination.

Students at the human chain said that they want to complete the fourth year final examination.

They demanded that the decision regarding the examination must be taken within the next three orking days.

The students also demanded the university administration must take effective measures to publish the results of the 3rd year of some departments. They warned that otherwise they would call for a tougher program.

memorandum to the vice-chancellor of the university demanding completion of their examination. On behalf of vice chancellor,  JU acting registrar Rahima Kaniz received the memorandum at new administrative building.

Some teachers and assistant proctors were also present at the time.