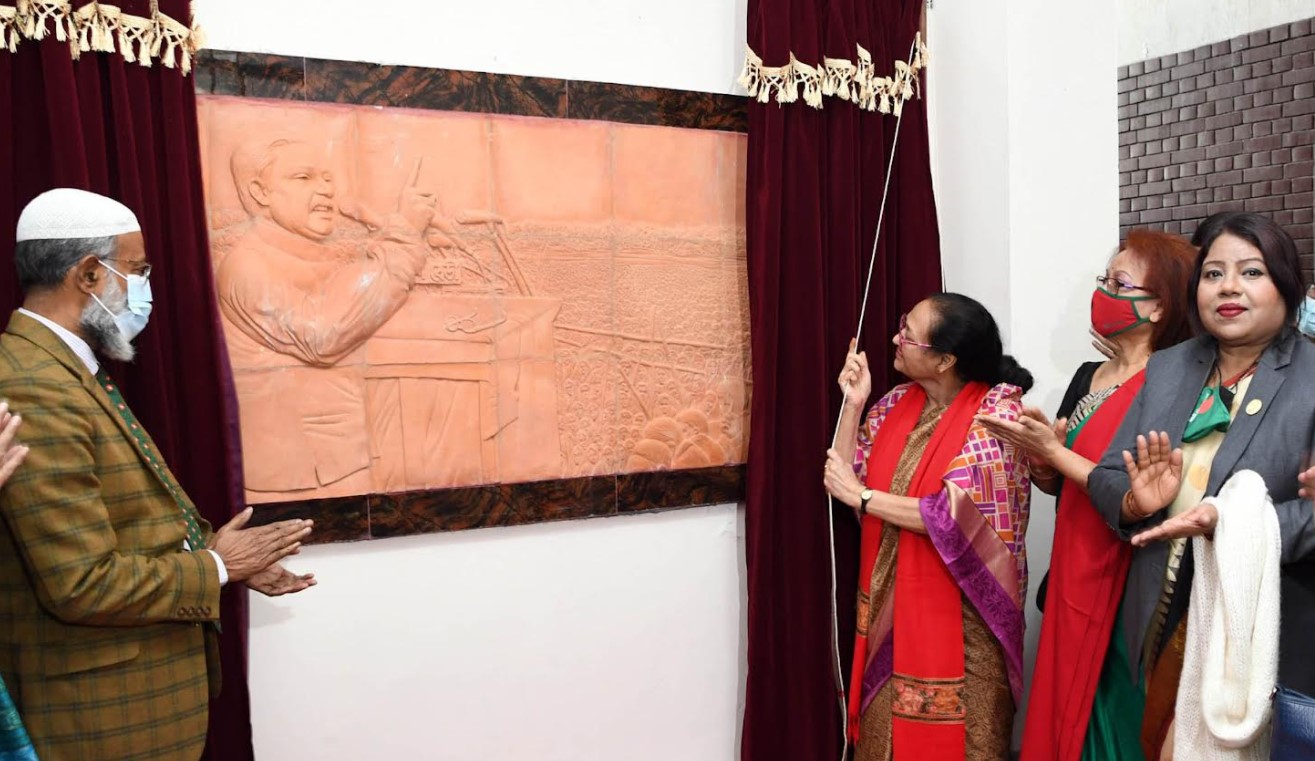 “Father of the Nation is a true guide to women's development and women's empowerment in Bangladesh. He formed the Women's Rehabilitation Board in 1972 to create employment and ensure economic development for women in the newly independent country. Bangamata had an extraordinary role there also. Bangamata arranged the marriages of the oppressed women and gave them a dignified and enlightened life by establishing them socially,” she said.

She came up with the remarks at a programme held at the head office of the Department of Women's Affairs here as the chief guest on the occasion of the inauguration of the murals of Bangabandhu and Bangamata and also the terracotta of Bangabandhu’s historic 7th March speech.

With Director General of the Department of Women Affairs Farida Pervin in the chair, the programme was addressed, among others, by Secretary to the Ministry of Women and Children Affairs Dr Muhammad Anwar Hossain Hawladar as special guest.