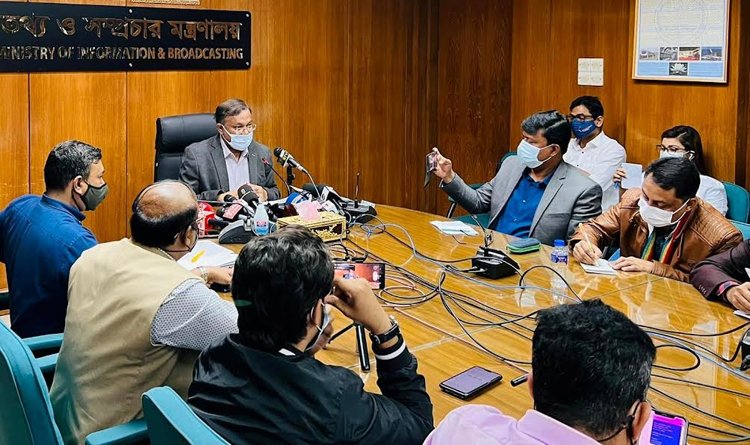 “Transparency International (TI) published the Corruption Perceptions Index (CPI) yesterday. By reading the report, it seems that this is nothing but as usual. TI is an NGO and they run the organization through collecting funds from different places. It is not any affiliated organization of the United Nations. It is just an NGO and many are giving importance to it in our country,” he said.

The minister added: “Many countries including the neighbouring India do not give importance to the organization though we think that it is good to have such organization. But the value and dignity is tarnished if any report of the organization is made based on inaccurate information, and intentional. The recent report of TI is also one-sided and motivated.”

Hasan, also Awami League joint general secretary, stated these while exchanging views with reporters at the meeting room of his ministry at the Secretariat in the capital.

He said the TIB (Transparency International Bangladesh) gave a statement a few days ago over the Election Commission (EC) law. TIB works on corruption while the issue of forming EC is a fully political matter, he added.

Mentioning some global criticisms over TI, the minister said according to Le Monde newspaper of France, the TI could not measure any financial level of corruption of any country in their (TI) survey. The survey is being conducted by some private organizations or NGOs which is not based on full data, he added.

He said there are also allegations of corruption against those organizations that run the TI. The TI received three million dollars from Siemens Company in 2014 which was fined 1.6 billion dollars for corruption in the world in 2008, he added.

Then, how do they consider Singapore as a corruption-free country?, he posed a question.

Hasan said the world community knows about the corruption of Pakistan. But the TI shows Bangladesh under Pakistan in the report, he added.

He said the data and information show that the TI report is one-sided.

The minister said BNP wrote about 50 letters to different departments of the United States before and after the 2018 elections. Even, the BNP secretary general, through a letter on April 17, 2019 to the US Senate Committee, sub-committee and five members of the house committee, did lobby for reevaluation of the US government’s grant to Bangladesh, he added.

He said the government has all the documents.

Replying to a query, Hasan said, Mirza Fakhrul Islam Alamgir has told that BNP has appointed lobbyists for better which means they have approved of appointing lobby firms. “You all know that BNP and Jamaat jointly appointed lobbyists for stopping the trials of war criminals. Even they hired an FBI agent to kill Bangabandhu’s grandson Sajeeb Wazed Joy. But later the agent had to face trial for that crime,” he added.