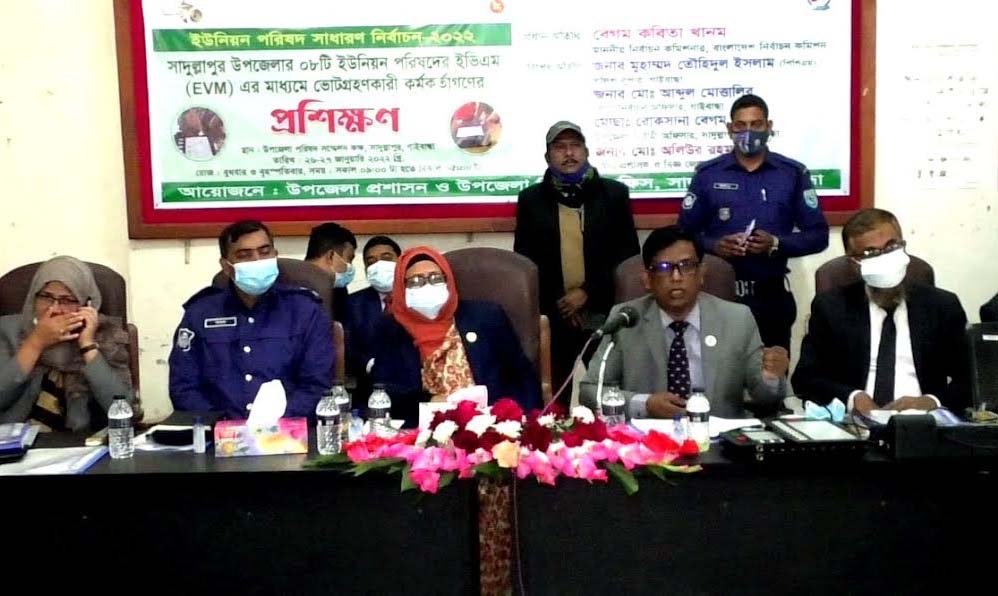 "The EC is fully determined for holding an acceptable and fair UP election and will do whatever is necessary to make the election more acceptable  ," She said while addressing a training workshop for the polling  officials as chief guest.

In order to hold a free, fair and acceptable UP election, the officials and
employees of the government must perform their election duties with utmost honesty and sincerity, she added.

The commissioner also called upon the officials including DC, SP and election officerials  to work sincerely without any criticism for the sake of holding a free, fair and neutral election.

She also urged the candidates who will contest the UP election to be impartial  irrespective of party affiliation.

Elections would be held  in  eight unions of the upazila on January 31 through Electric Voting Machines (EVM).