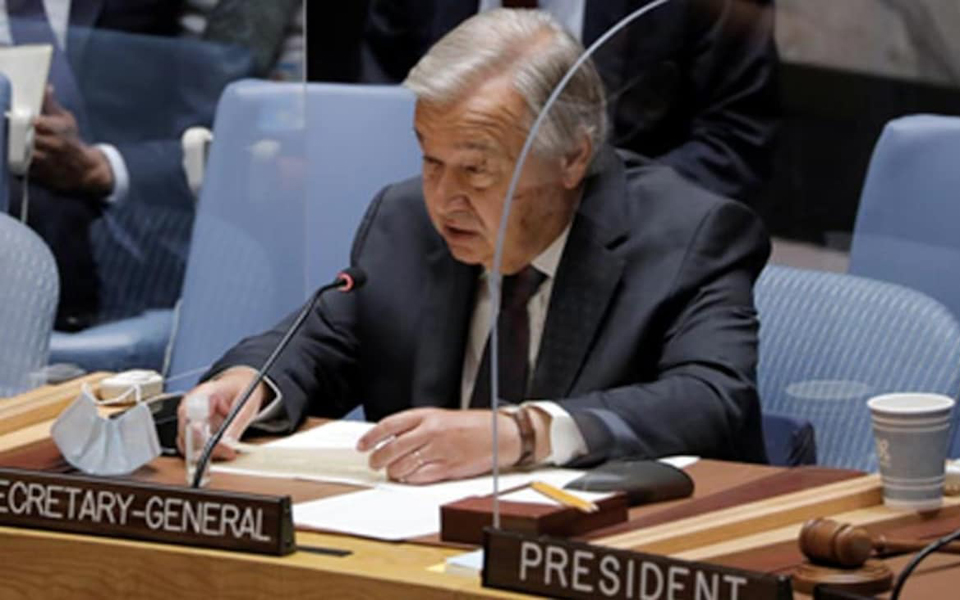 Guterres assailed the attack on the prison in Huthi territory in Saada and the strike on a telecommunications facility that killed at least three children in the port city of Hodeida, according to an aid group.

That attack, Guterres said, knocked out "vital" internet services in the war-torn country.

But he also condemned the attack by Huthi rebels Monday on Abu Dhabi which killed three people.

Guterres "reminds all parties that attacks directed against civilians and civilian infrastructure are prohibited by international humanitarian law," the UN said in a statement.

"He further reminds all parties of their obligations under international humanitarian law to ensure that civilians are protected against the dangers arising from military operations, adhering to the principles of proportionality, distinction and precaution," it said.

Speaking to reporters after a broad new year address on the global situation to the UN General Assembly, Guterres called the Huthi attack on the United Arab Emirates -- a member of the coalition fighting them -- "regrettable" and "a serious mistake."

"This escalation needs to stop," he said.

He criticized the Huthis for not agreeing to meet with a UN official seeking to negotiate a halt to the violence.

"It is a big mistake for the Huthis not to receive our special envoy," Guterres said.

"We have been in close contact with the different countries that keep a relationship with the Huthis to try to explain to them that it is in their interests and in the interest of peace, that our special envoy is able to go to Sanaa."

"I hope that this will take place soon," he said.