None will remain homeless in country: Sujan 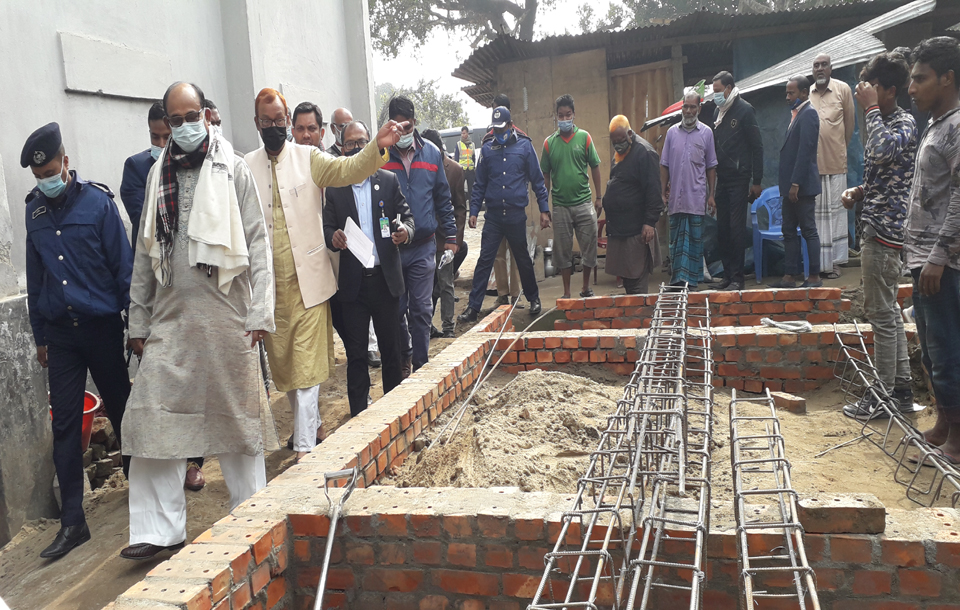 PANCHAGARH, Jan 15, 2022 (BSS) - Railways Minister Md. Nurul Islam Sujan
has said none will remain homeless in the country as the people who don't
have a house are getting abode thanks to the present government.

The government wants to mitigate the landless people's suffering as Prime Minister Sheikh Hasina has taken long term plan for changing
the fate of the poor people, he said.

The minister said while visiting the ongoing construction work of houses
for the landless people under the third phase of Ashrayan Project in Boda
upazila of the district yesterday on the occasion of Mujib Borsha.

The government has allocated Taka 4 corer 20 lakh for constructing 200
houses.

Upazila administration is implementing the construction work of the houses.