Mexican president says pandemic 'on way out' despite record infections 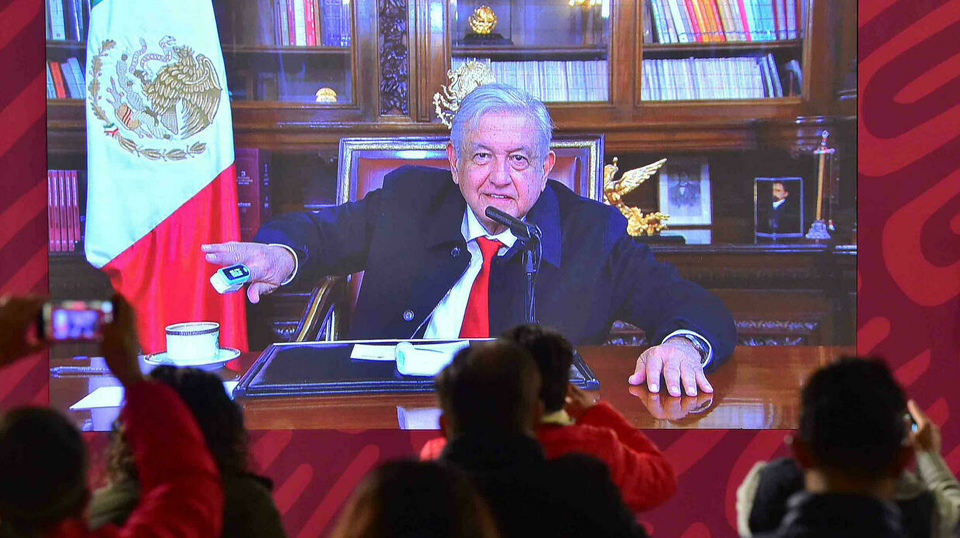 MEXICO CITY, Jan 14, 2022 (BSS/AFP) - Mexican President Andres Manuel Lopez Obrador said Thursday he believed the pandemic was "on the way out" because the Omicron variant was less severe, even as the country faces record infections from the highly contagious strain.

Lopez Obrador drew on his own experience battling a second bout of Covid-19, saying he had experienced only mild symptoms similar to those of influenza.

However World Health Organization chief Tedros Adhanom Ghebreyesus said Wednesday that while Omicron "causes less severe disease than Delta, it remains a dangerous virus -- particularly for those who are unvaccinated."

In a video posted on social media, Lopez Obrador said: "I'm very happy because this means that this pandemic is on the way out. It's still a pandemic, but I think that with this new variant there aren't many risks."

"I consider it quite encouraging to be able to verify firsthand that this variant of Covid does not have the lethality, the danger of the previous variant," Delta, said Lopez Obrador.

On Wednesday the UN health agency insisted there should be no surrender to Omicron, which is more transmissible than the previously dominant Delta variant, and dismissed the notion that it could be a welcome conduit to ending the pandemic.

Mexico's 68-year-old president, who was accused of downplaying the risks of the virus early in the crisis, overcame a first bout of Covid-19 in early 2021.

He has since received two doses of the AstraZeneca vaccine as well as a booster.

AstraZeneca has said that a third dose of its Covid-19 vaccine "significantly" lifted antibody levels against the Omicron strain in a laboratory study.

Mexico's official Covid-19 death toll of more than 300,000 is the fifth-highest in the world, although daily fatalities are now far lower than the peaks of previous waves.

On Wednesday, the country counted a record of 44,187 new cases in one day, according to official figures.

The country of 126 million people has reported a total of more than 4.1 million confirmed cases of the coronavirus.

The real figure is believed to be much higher due to the low level of testing.