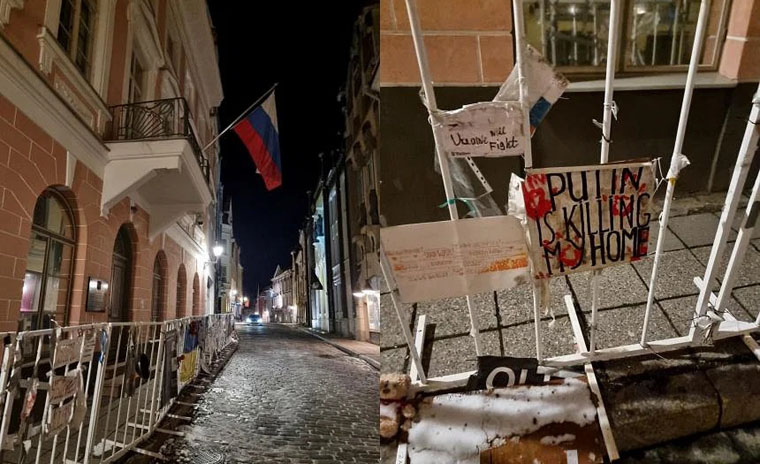 "The ambassador of Russia shall leave by 24 February 2023," Latvia's foreign ministry said in a statement, adding that it would also withdraw its ambassador from Moscow.

"The decision has been taken in view of the fact that Russia continues its full-scale military aggression against Ukraine launched on 24 February 2022, as well as in solidarity with Estonia and Lithuania," it added.

Fellow Baltic state Lithuania downgraded its diplomatic relations with Russia in April in response to atrocities discovered in the Ukrainian town of Bucha.

Latvia's foreign ministry said it had notified Russia's ambassador of its decision "to lower the level of its diplomatic representation in Russia to that of charge d'affaire."

The decision came hours after Estonia said it would expel the Russian ambassador from Tallinn in retaliation for Moscow's expulsion of the Estonian ambassador.

Tensions between Russia and its European neighbours have spiked since Moscow invaded Ukraine last year.

"We stand by the principle of parity in relations with Russia," the Estonian ministry of foreign affairs tweeted in English, adding that the Russian ambassador would have to depart at the same time as his Estonian counterpart, ordered by Moscow to leave on February 7.

Russia's foreign ministry said in a statement issued on Monday it downgraded its diplomatic relations with Estonia, accusing the Baltic country of "total Russophobia."

"Russia's steps will not deter us from providing continued support to Ukraine," Estonian Foreign Minister Urmas Reinsalu said in a tweet following the tit-for-tat response from Tallinn.