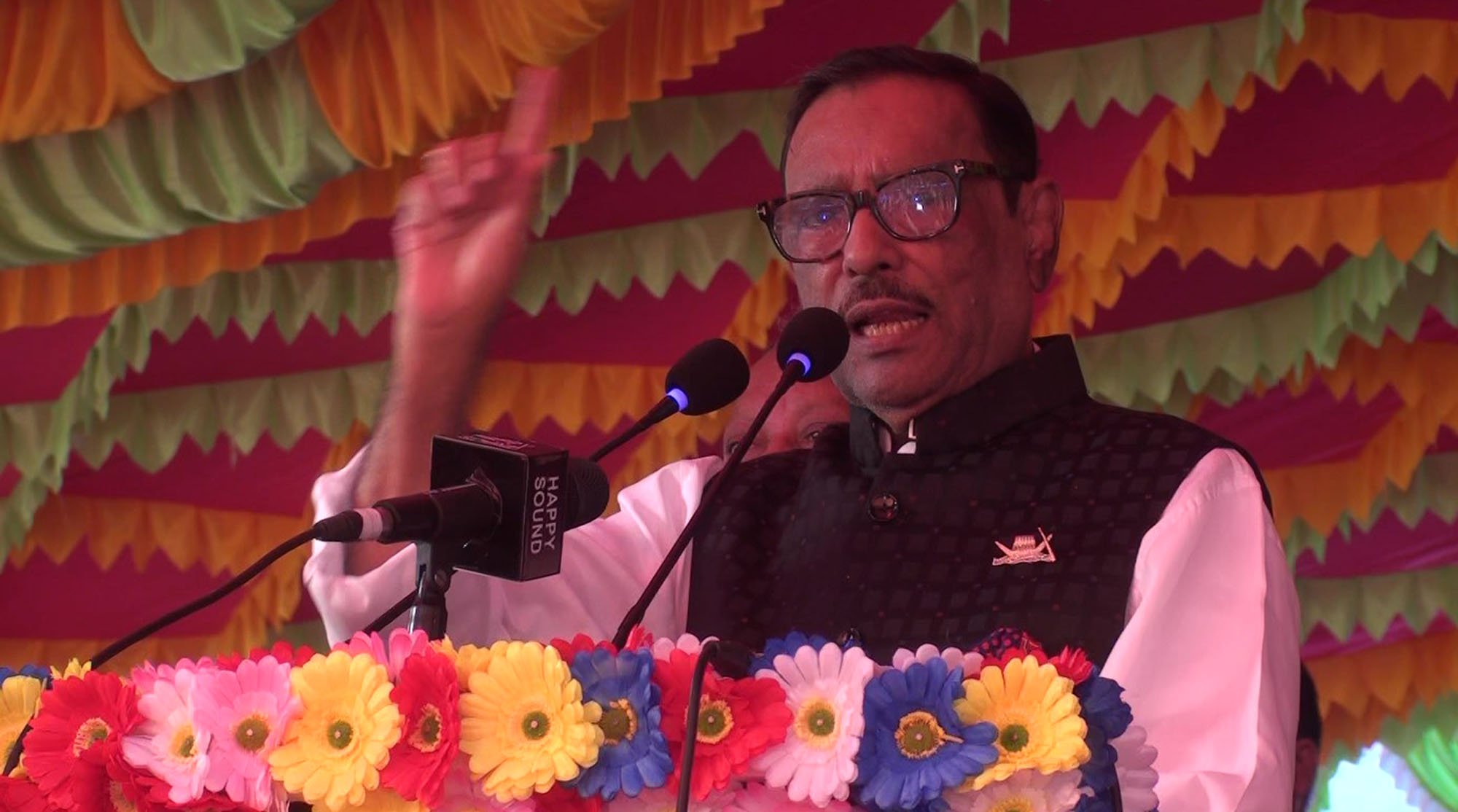 "Tarique Rahman (BNP acting vice-chairman) moved to London saying that he did not want to do politics. Tarique Rahman was identified by FBI (Federal Bureau of Investigation) that he siphoned off money to different countries, including Singapore," he told the triennial conference of Gopalganj Zilla AL at the municipal park of Gopalganj.

In his opening speech, Quader said how much money the Hawa Bhaban laundered is being calculated and the money will be brought back.

Sitting in London, Tarique is plotting against Prime Minister Sheikh Hasina, Bangladesh and the spirit of Liberation War and that is why there will be a game against the money laundering of Hawa Bhaban, he said.

He said the Sheikh Hasina government is probing how much money has been laundered from all over Bangladesh and all the money will be brought back to the country.

"I would like to say that the only path of safe exit is elections. Elections will prove who will win and who will fall. There is no benefit in calling for the government's fall," he said.

Quader, also the road transport and bridges minister, said game will be played in elections and in December next too.

There will be a game against Hawa Bhaban, the arson and sticks of BNP, its corruption and vote stealing on December 10 next, he said.

"Fakhrul has honey in his mouth but poison in his heart," he said, assuring that none would hinder the BNP's rally to be held on December 10 next.

He warned if the BNP men cross their limit even after giving permission to hold the rally, they will be resisted with an iron hand. "We want peace. Why should we remain people in panic? We want to keep them in peace," he added.

Earlier, Obaidul Quader inaugurated the conference at Gopalganj municipal Park this afternoon in the presence of AL grassroots level leaders and workers.

Mahbub Ali Khan and GM Sahabuddin Azam have been elected as the president and general secretary of Gopalganj Zilla unit of Awami League.

AL presidium member Sheikh Fazlul Karim Selim announced the names of the new committee at the second session of the conference.