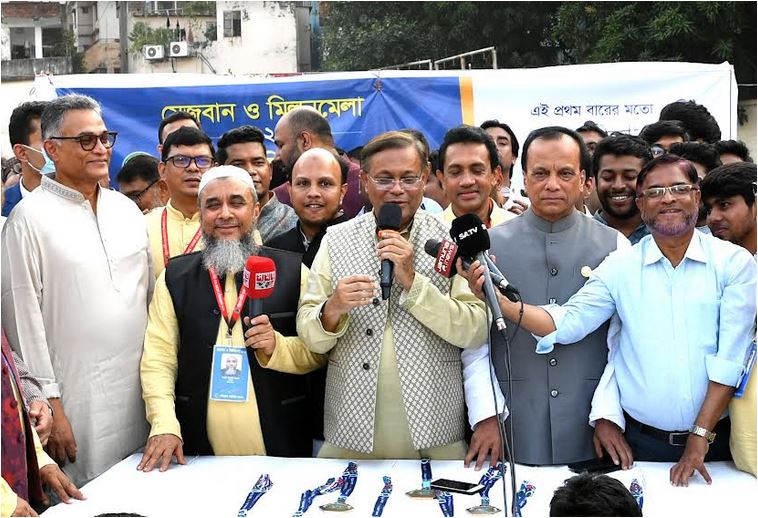 DHAKA, Nov 26, 2022 (BSS)- Information and Broadcasting Minister Dr Hasan Mahmud today said the new generation should know the culture, heritage and tradition of the country and for this the traditional ‘Jobbarer Bolikhela’ has been organised in the capital.

The minister said this while addressing the annual fair and mejban and inaugurating the bolikhela, a traditional form of wrestling in Bangladesh, particularly popular in the Chattogram,  organised by Chattogram Samity- Dhaka on Physical Education College ground here.

Hasan said Abdul Jabbar Saodagor from Chattogram, arranged a boli khela to cultivate a sport that would prepare the youth to fight against the British rule. Since then the Jabbarer bolikhela is famous as a part of the history of the port city, he added.

The minister extended thanks to the organisers for organising the bolikhela and the participants as well.

He said the bolikhela is also a part of the culture and tradition of Chattogram. “We will also arrange ‘garur lorai’ (bulls fighting), another traditional game of Chattogram in future,” said Hasan, also Awami League joint general secretary.

Later, the minister handed over prizes among the winners and runners up.