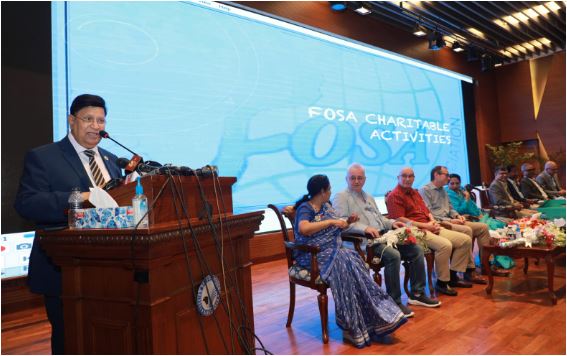 "I am very proud of them. Every year, they (FOSA) are coming up with more innovative ways of doing it," Momen said while inaugurating the fair.

The foreign minister appreciated the efforts made by FOSA and assured them of extending support from his Ministry to organize such events in a larger way.

Momen said the event has brought together not only the Foreign Service officers' spouses but also dignitaries from the foreign missions stationed in Dhaka where they set up their own stalls to project their culture and projects.