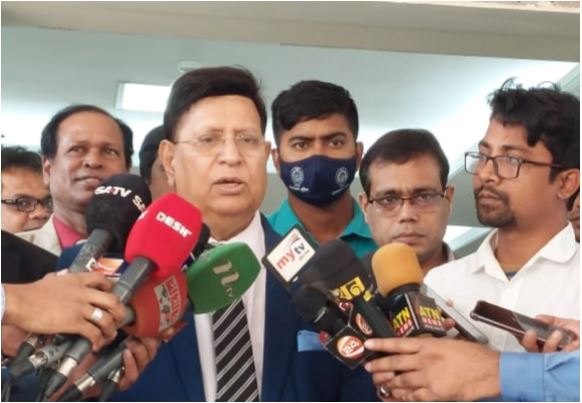 DHAKA, Nov 26, 2022 (BSS) - Foreign Minister Dr AK Abdul Momen today called upon the people not to listen to or be misguided by the comments of foreigners, saying that external influence never brings internal welfare in any country.

"Don't listen to foreigners, listen to your leaders," he said while approached by journalists to make comments on some foreign diplomats' remarks on internal affairs, at the Foreign Service Academy in the capital.

The foreign minister gave example of Afghanistan, Chili and Iran while explaining how several countries had suffered due to the influence of the foreign countries.

"Our experience is - when the foreigners get busy in (internal) affairs of (their) host countries, people's welfare doesn't take place," he said adding that foreigners have interest of their own countries.

Momen said it is "unfortunate" that leaders of some political parties go to the foreigners to lobby them to involve in the Bangladesh's internal matters even after knowing that this is not good for the country.

Momen urged the opposition leaders to reach the people at the grassroots instead of seeking favour from foreigners.

He said people of Bangladesh never fail to choose the right path and they don't make mistakes to choose the leadership. "I have much confidence in the people of this country," he added.

The foreign minister pointed that Washington had expelled more than 20 Russian diplomats alleging their involvement in the last US election. If requires, he said, Dhaka "will take (such) actions, too."

Momen said, as per the code of conduct, foreign diplomats can convey their concern to the Bangladesh government through diplomatic channels instead of making public comments.