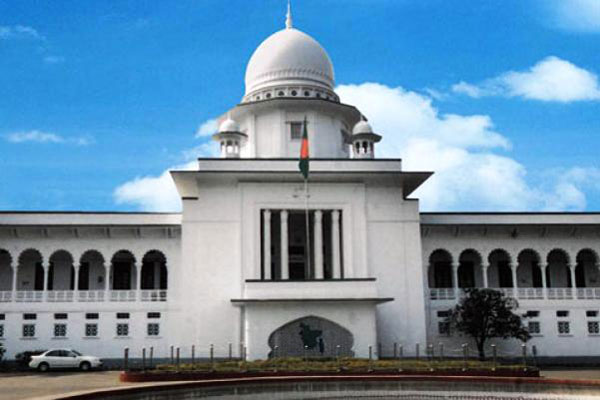 DHAKA, Nov 26, 2022 (BSS) - The Supreme Court administration has requested
all the district judges and lawyers associations of the country to make lists
of martyred lawyers in the liberation war.

On November 20, a meeting of the publication sub-committee on the 'Golden
Jubilee celebrations of Bangladesh Constitution and Supreme Court' was held.

In the meeting, the committee decided to collect the list of martyred lawyers
in the great liberation war in 1971 across the country, and the Chief Justice
gave his approval in this regard.

In continuance to the decision of the meeting, the memorandums signed by the
Registrar General of the Supreme Court, Golam Rabbani, were sent to all
district and session judges and the president and general secretary of the
lawyers' association of the country.

The associations and officials concerned were asked to collect the list and
send it by post or e-mail- [email protected] by December 1.

The memorandum has also been published on the website of the Supreme Court.