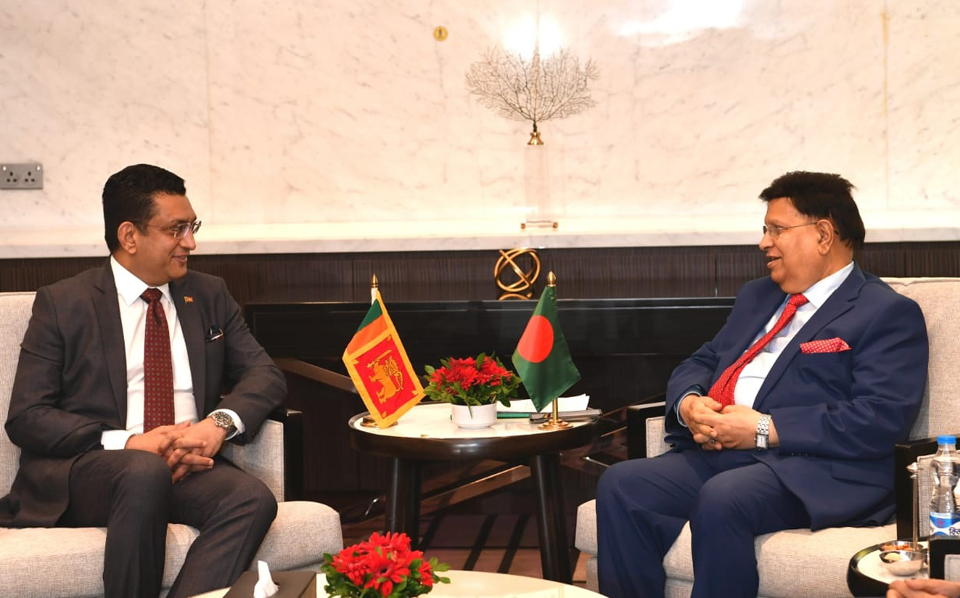 DHAKA, Nov 24, 2022 (BSS) - Foreign Minister Dr. A K Abdul Momen has underscored the need for setting up direct shipping connectivity with Sri Lanka to boost up trade relations between Bangladesh and the South Asian nation.

He also emphasised resumption of negotiations for early conclusion of Preferential Trade Agreement (PTA) between the two countries.

During the meeting, the two leaders discussed the wide spectrum of bilateral relations and expressed hope to work closely together for the betterment of the two peoples and inclusive development of the region.

Momen urged Sri Lanka to increase import of agricultural products and pharmaceuticals from Bangladesh at an affordable price.
Sri Lankan foreign minister said that his country is keen to working in close partnership with Bangladesh.

The two leaders agreed to expedite the completion of the formalities to form an institutional platform to hold regular and comprehensive dialogues between the two countries at the level of foreign minister.

The issue of mutual support for each other's candidature at various international fora was also discussed with due importance.

Ali Sabry arrived in Dhaka last afternoon to attend the 22nd ministerial meeting IORA that is being held here today.