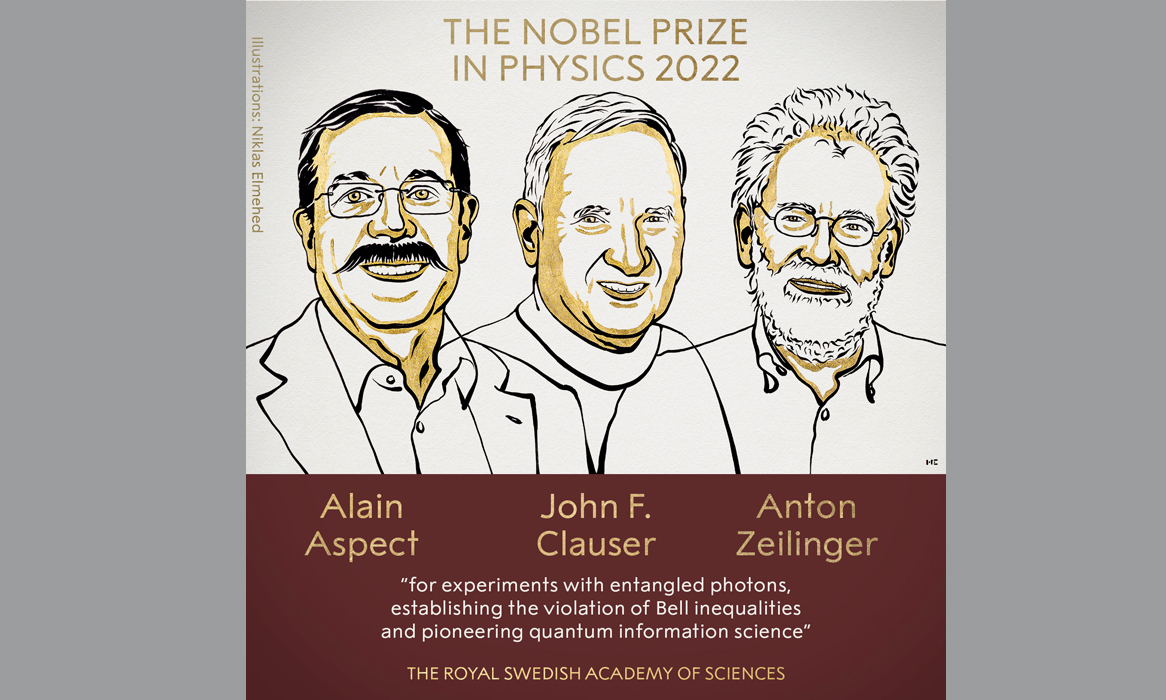 STOCKHOLM, Oct 4, 2022 (BSS/AFP) - A trio of physicists on Tuesday won the Nobel Prize for discoveries in the field of quantum mechanics that have paved the way for quantum computers, networks and secure encrypted communication.

Alain Aspect from France, John Clauser of the United States and Austria's Anton Zeilinger were honoured "for experiments with entangled photons, establishing the violation of Bell inequalities and pioneering quantum information science," the jury said.

Each scientist "conducted ground-breaking experiments using entangled quantum states, where two particles behave like a single unit even when they are separated," the committee said, adding that the "results have cleared the way for new technology based upon quantum information."

The three, to share the award of 10 million Swedish kronor ($901,500), will receive the prize from King Carl XVI Gustaf at a ceremony in Stockholm on December 10, the anniversary of the 1896 death of scientist Alfred Nobel who created the prizes in his last will and testament.

Last year, the academy honoured Syukuro Manabe, of Japan and the United States, and German Klaus Hasselmann for their research on climate models, while Italian Giorgio Parisi also won for his work on the interplay of disorder and fluctuations in physical systems.

The Nobel season continues this week with the announcement of the winners of the Chemistry Prize on Wednesday, followed by the much-anticipated prizes for Literature on Thursday and Peace on Friday.

The Economics Prize winds things up on Monday, October 10.