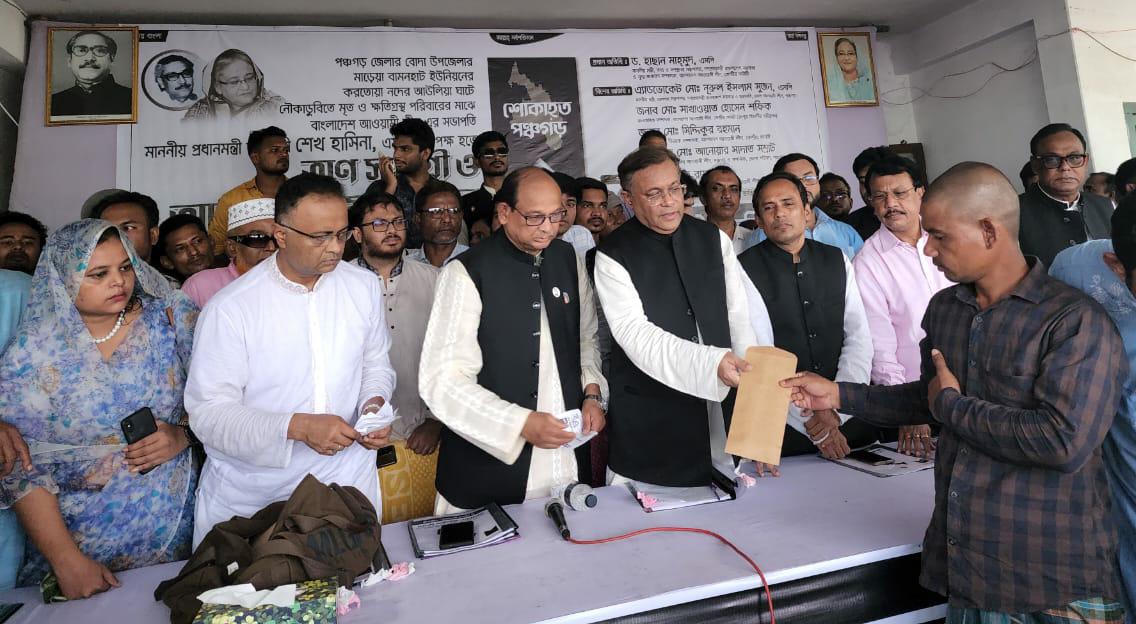 PANCHAGARH, Oct 2, 2022 (BSS) - Information and Broadcasting Minister Dr Hasan Mahmud today said Awami League as the party of commoners always stands by the countrymen during any disaster but BNP does not do so.

"BNP doesn't stand by the people during any disaster, rather they make fun at the death of people in disasters and calamities," he said.

The minister stated these while addressing a programme for distribution of relief and financial assistance among the family members of boat capsize victims' at the Karatoya River on behalf of Prime Minister Sheikh Hasina at Marea Bamonhat Union Parishad auditorium in Boda upazila of the district.

Hasan said, "We came here on behalf of our party. But, there is an opposition party on the street. The home of Mirza Fakhrul Islam Alamgir is located in Thakurgaon, which is nearing to Panchagarh district. And he needs one and half hours to go and return from there (Thakurgaon). But, he didn't come till now. I know that he will come after we go back. He is giving different statements sitting in Dhaka and they (BNP) only do it. But, the party (BNP) is not beside with the people during any disaster."

He said, "I'm from Chattogram, also a man from river and sea. Just after the catastrophic hurricane in 1991, incumbent Prime Minister and the then opposition leader Sheikh Hasina had told parliament that thousands of people died. But, Begum Zia had told the House that so many people didn't die as much as it was thought. They (BNP) don't stand by the people during any disaster."

But, the minister said, they (BNP) would come during the votes.

Besides, AL central executive committee handed over Taka 50,000 to these families on behalf of AL president.

Hasan prayed for eternal salvation of the departed souls and conveyed deep sympathy to the bereaved family members.

He said the leaders and activists of Awami League have taken part in the rescue operation along with the administration including police, upazila administration and fire brigade, he added.

He extended thanks all who took part in the salvage mission.